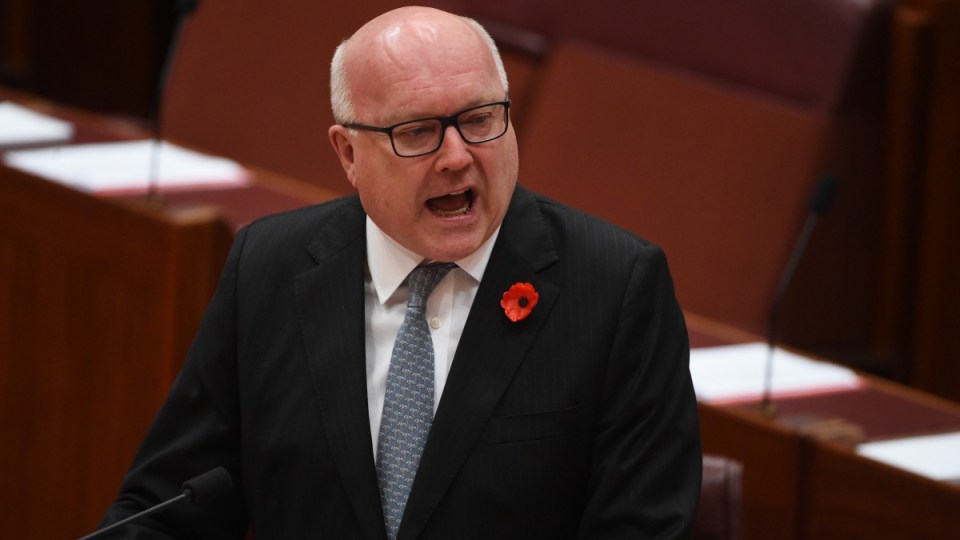 Mr Brandis did not welcome the attention from Labor. Photo; AAP

Attorney-General George Brandis has condemned Labor’s hour-and-a-half-long suspension of normal parliamentary business to pursue his role in a complex legal battle as a “farce”.

Today is the final scheduled sitting day before the May budget and the Federal Government wants to push through its company tax cuts and changes to the Racial Discrimination Act.

But just after the Senate met this morning, Labor moved a motion demanding further answers from Senator Brandis about the litigation to claw back close to $1 billion from the late Alan Bond’s failed Bell Group.

“I have never seen such a farce of Senate procedure in the 17 years I’ve been here as I’ve seen this morning,” he told the Senate.

During the session, he repeatedly stated he had answered all of the questions Labor senators Louise Pratt and Murray Watt, Greens senator Nick McKim and independent senator Derryn Hinch posed to him during earlier hearings of a Senate inquiry. 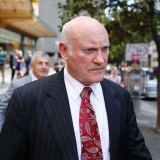 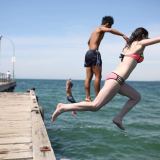 Warm weather to extend into winter, says Bureau of Meteorology

Labor alleged Senator Brandis was hiding behind legal professional privilege by not releasing advice he received on the legal battle.

“It has never been accepted in the Senate, nor in any comparable representative assembly, that legal professional privilege provides grounds for a refusal of information in a parliamentary forum,” Senator Pratt said.

Labor has seized upon evidence from the Australian Tax Office (ATO) that officials had heard “bureaucratic whispers” Senator Brandis was going to intervene in the litigation.

‘It’s an argument about nothing’

But Senator Brandis cited evidence from the ATO it was not influenced in how it approached the case.

“So, this entire wasted morning is an argument about nothing,” he said.

“It’s an argument about an instruction that was never given, about a direction that was never issued, and the highest to which the case made by the Opposition rises on the basis of evidence from an officer earlier in the week, who was not directly involved, was that he had heard some bureaucratic whispers.”

Senator Watt criticised Senator Brandis, and asked him when was the last time a minister had been dragged before the Senate for such a grilling. The Bell litigation is the longest-running and most expensive legal battle in Australian history.

Senator Brandis quoted Charles Dickens’ Bleak House, which is focussed on a fictional and complex court case that “droned on” for decades.