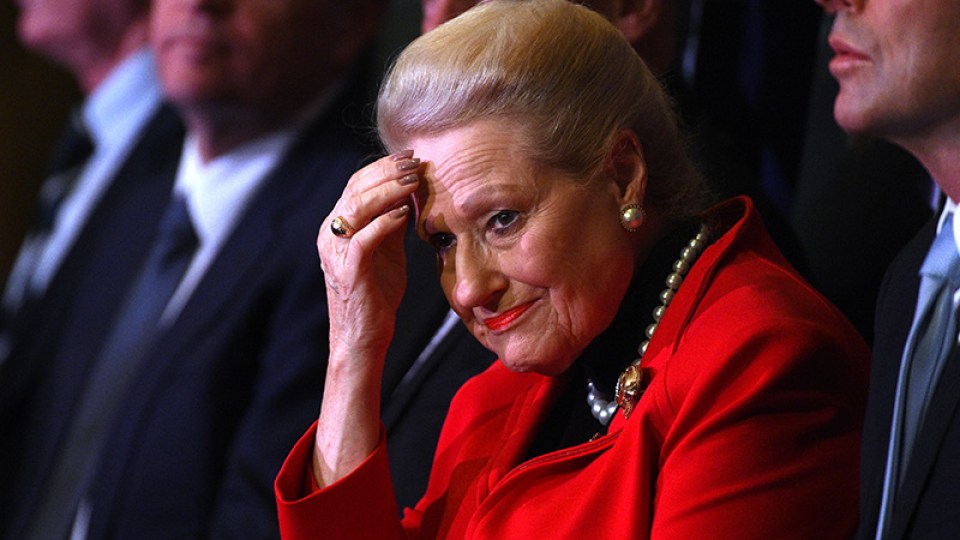 Former Speaker Bronwyn Bishop has reimbursed the public purse nearly $14,000 for dodgy travel claims, including trips to three weddings and a funeral.

However, Ms Bishop has delivered a fiery retort to questions about the expenses including her infamous chopper ride, insisting she wasn’t being greedy.

Ms Bishop charged the public purse for costs relating to 11 trips, including colleagues’ weddings and media mogul Kerry Packer’s funeral, according to a Department of Finance probe.

The report, obtained and published online by News Corp, says Ms Bishop repaid $6768.25 for the trips.

That money is on top of $7200 she repaid for claiming the November 2014 helicopter trip from Melbourne to Geelong. The helicopter charter cost $5750 and she was hit with a 25 per cent penalty.

The scandal forced Ms Bishop to resign as Speaker in August 2015 and her bid for preselection in last year’s federal election was unsuccessful. An investigation into a decade of past claims followed.

Bronwyn Bishop says there is one rule for those on the conservative side and one for the socialists. MORE https://t.co/BxKJZ4SsPc pic.twitter.com/YFZigoz3rf

“Give me a break,” the former MP told Sky News on Wednesday night when asked about the report.

“We’re talking about a helicopter ride plus some small expenses I repaid, plus 25 per cent.

“None of any of that had anything to do with my ‘greed’ or my ‘pleasure’.”

Ms Bishop insisted she did nothing wrong and stressed that scrutiny should be focused on Victoria’s former speaker and deputy speaker who resigned following expense scandals, and federal senators such as Sam Dastyari and Richard Di Natale.

“Look at those others – it was all for their benefit or gain or greed,” she said.

“What I was doing was my job.”

The department compiled tables for each financial year and sent them to Ms Bishop to review.

If an entitlement was identified as clearly or technically within the rules, it was up to Ms Bishop to decide if the claim was within “community expectations”, according to the report.