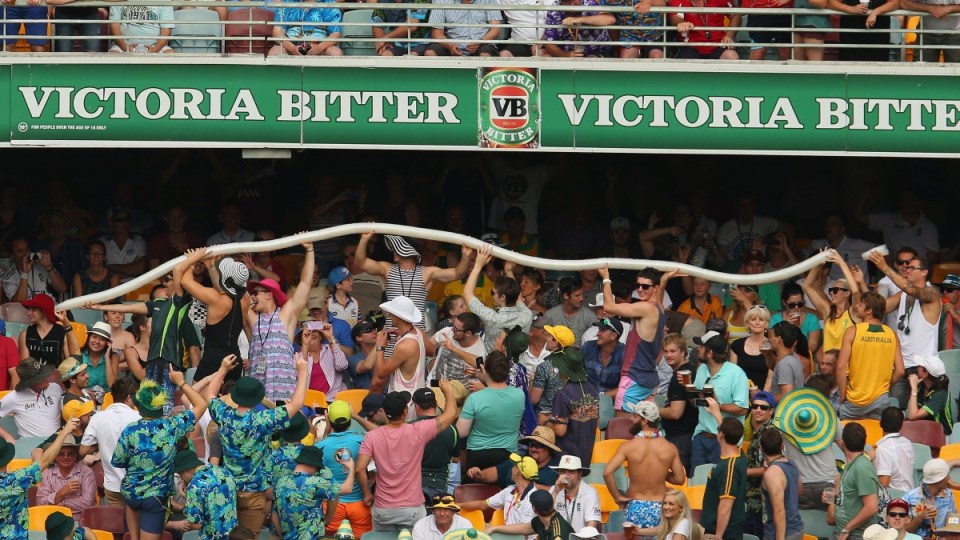 A wide-ranging ban on the marketing and advertising of alcohol must be placed at the top of measures needed to counter Australia’s binge-drinking culture and alcohol-related harm including crime, assaults and domestic violence, says the Australasian College of Physicians.

The call was made at an international conference in Sydney at the weekend, just a day after CUB announced it would end its 20-year sponsorship of Australian cricket.

Victoria Bitter, produced by CUB, will no longer be the official beer and sponsor of cricket, but reports suggest it will retain links with other sporting codes.

“We need to change our attitudes and cultural behaviour around alcohol if we are to minimise the harm coming from excessive consumption, particularly with young brains,” said the College’s Dr Adrian Reynolds, also the clinical director of Tasmania’s alcohol and drug service.

Dr Reynolds was challenged at the workshop with civil libertarian Senator David Leyonhjelm’s declaration that Australia did not need “nanny state” solutions, and that people dying early, from alcohol-related diseases, should be seen as a saving to the budget.

Physicians could demonstrate that alcohol-related diseases and harm now take more than 5500 lives each year in Australia. Alcohol was a major factor in the obesity epidemic.

“Most importantly it is diminishing our overall national intellectual capability. Even modest amounts of alcohol injure the young brain and impair thinking.”

Foundation for Alcohol Research and Education, Michael Thorn, told The New Daily that the cost to federal and state budgets from alcohol-related harm including ambulance, medical, hospital, rehabilitation and mental health services had been estimated at $35 billion a year.

The total revenue state and federal governments earned from venue and bottle shop licensing, excise and GST on alcohol products was around $9 billion a year.

While this provided a compelling argument for greater government investment in preventative strategies, all governments at the moment were reluctant to act.

Although the Australian consumption of pure alcohol per person had declined from 13 litres in the late 1970s to less than 10 litres currently, the Australian Medical Association has warned about the risks of aggressive alcohol marketing to young people.

President of the RACP’s paediatric division Sarah Dalton said children should not be developing an association between sport and alcohol consumption.

“We’re delighted to hear that CUB have ended their VB sponsorship with cricket. So this is a great opportunity to look at alternatives and there are lots of alternatives,” she said.

“Ultimately we really need to give the message to our children that sport is about being healthy.”

Mr Thorn said Canada had about the most effective alcohol regulations where the government controlled wholesaling and retailing including pricing of alcohol.

Australia had not embraced the volumetric pricing of alcohol which could be a powerful lever in reducing consumption.

An estimated 80 per cent of the adult population of Australia are regular drinkers, compared with 60 per cent in the United States.

In Russia the Putin government had imposed a punitive price on certain alcohol products because, according to Mr Thorn, excessive consumption was “killing a generation of 20 to 30 year olds”.

Cricket Australia is reportedly in talks with another beverage company to take over the vacant sponsorship opportunity.