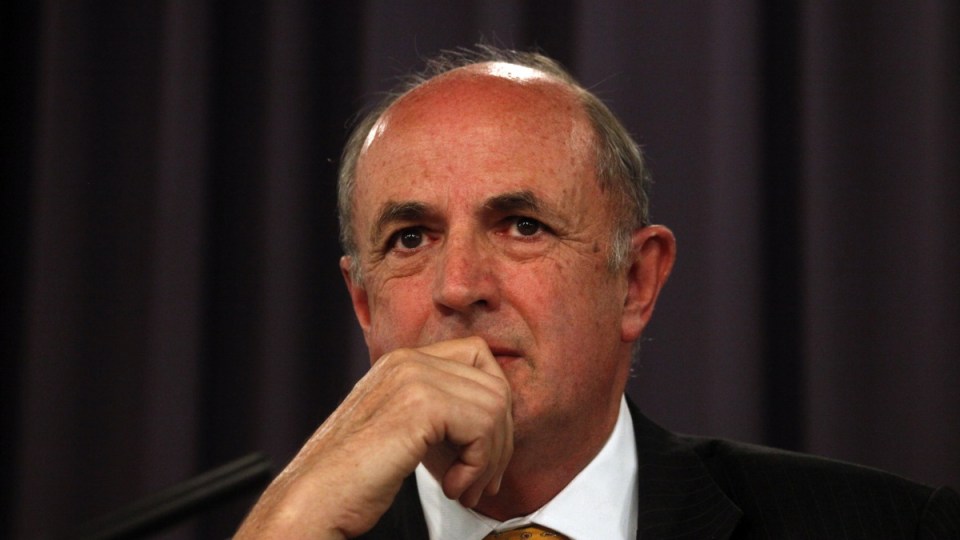 Mr Reith was a former defence and employment minister in the Howard government. Photo: AAP

Former deputy Liberal Party leader and Howard government minister Peter Reith has been rushed to hospital after having a suspected stroke.

“Peter Reith has been a dedicated servant of the Liberal Party for more than four decades and is one of its most beloved statesmen,” Mr Guy said in a statement.

“On behalf of all Victorian Liberals, I wish him a full and speedy recovery.”

Mr Reith was due to challenge the incumbent Michael Kroger for the state Liberal Party presidency next month, but he will be withdrawing from the contest.

As minister for industrial relations in the Howard government, Mr Reith’s time in federal cabinet was characterised by the Australian Waterfront dispute in 1998.

Up to 1400 dock workers were sacked, wharves were closed and a seven-week strike began.

Mr Reith said at the time it was not a war against the unions, but about creating a more efficient waterfront.