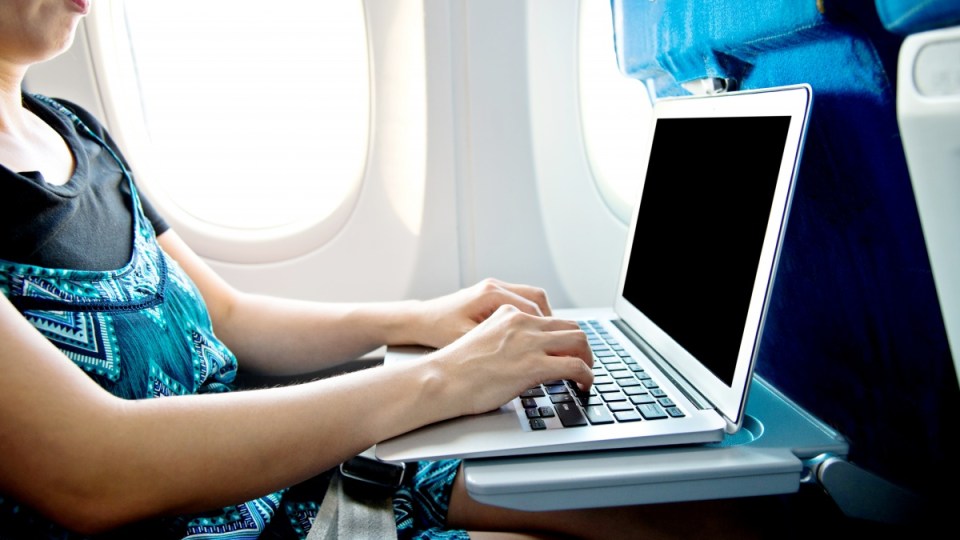 An expert has suggested Australia would enforce a similar ban in the face of a looming terrorism threat. Photo: Getty

Australia could join the US and Britain in banning iPads, laptops and other electronic devices on international flights if alerted to a specific threat, says a border security expert.

While the Australian government confirmed it would not immediately ban laptops in aircraft cabins, John Coyne, who heads the Australian Strategic Policy Institute’s border security program, told The New Daily that Australian travellers could face a similar ban if it was deemed necessary to keep them safe.

Mr Coyne said any local move would likely be made in reaction to a specific threat identified by security agencies.

This follows the United Kingdom’s and the United States’ decision to ban airline passengers travelling from certain countries in the Middle East and Africa from bringing electronic devices, such as laptops and tablets, in to cabins during inbound flights.

Mobile phones and medical devices were the only exceptions to the ban.

Mr Coyne said it was important to understand that any ban of this kind would not have been applied lightly by any government.

“Every security measure and counter measure is a complex process. I suspect the US and UK went through a risk assessment of the likelihood of an incident occurring, the capabilities of the threat and what could be done to counter that threat,” he said.

“I guarantee that in the depths of Canberra, a similar review took place.

“All screening processes will be reviewed and I think we can expect to see new countermeasures developed over the coming weeks and months.

“But I don’t think everyone should panic. Australia has determined there is no threat to us. In the past Australia might have been inclined to follow America or England, but our terrorism threat is very different to the terrorist threat experienced in the US and UK.”

Mr Coyne told The New Daily that the fact these bans are selective, and not merely a blanket ban on electronics across all flights, gave him confidence in the degree of analysis which had led to the enforcement of the added security measures.

But others have slammed the bans as “pointless” and an “overreaction”.

Airline security and counter-terrorism expert Des Ross said he failed to see the logic behind the “bizarre” ban.

“It will alienate business travellers who, like myself, spend the time on the flight doing some work and I fail to understand how it makes us safer,” Mr Ross said.

“It would be a relatively simple matter to trigger a bomb in the hold from the mobile phone that passengers can retain, if a system is set up appropriately.

“And why is it selective to certain airlines and countries?  A determined terrorist would simply move to another location and airline if he had a mission.”

“It makes no difference whether the laptop is in the checked-in baggage compartment or brought into the cabin.

“A potential terrorist could always use a remote control or mobile phone to detonate the device, so it really is a pointless exercise,” Mr Merkert said.

“Australia has a comprehensive and strong transport security system in place to prevent acts of terrorism which we continuously review to ensure it addresses contemporary threats,” Mr Chester said.

How the US and UK electronics bans will affect you

Australians who stop over in Middle Eastern countries on the way to the UK or before flying to the US will be affected by the ban.

The ban would, however, not apply to the most common travel routes for Australians. For example, passengers flying from Australia to England via Dubai or Abu Dhabi would remain unaffected.

The ban to United Arab Emirates (UAE) fell under the US ban only, not the UK security measures. Only Australians travelling from UAE to the US would need to check-in their laptops.

A Qantas spokesman told The Australian that the bans would generally “not impact passengers travelling on inbound or outbound Qantas services” unless Australians travel to the US through Cairo, Amman, Kuwait City, Casablanca, Doha, Riyadh, Jeddah, Istanbul, Abu Dhabi or Dubai, or if they want to fly to the UK via Turkey, Lebanon, Jordan, Egypt, Tunisia or Saudi Arabia.