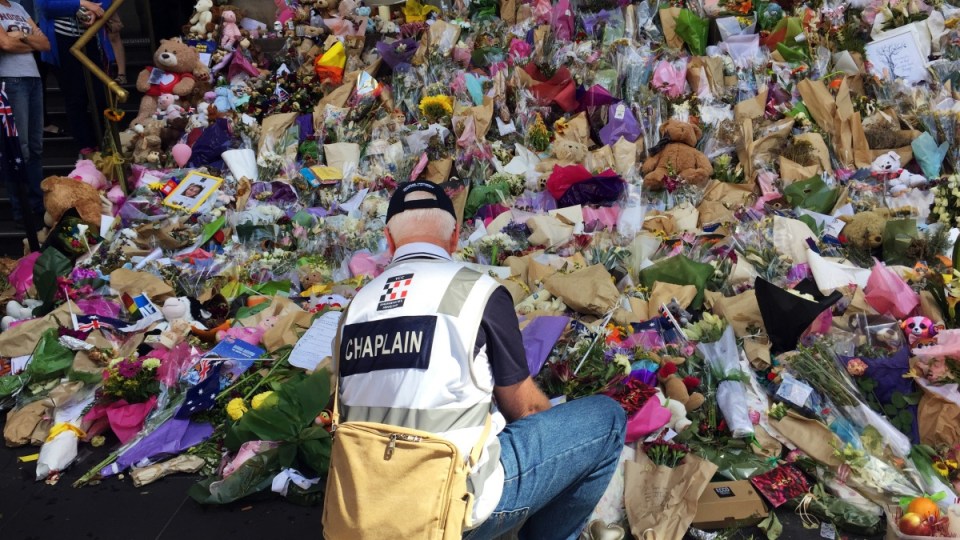 The memorial that was established in Bourke Street following the car rampage tragedy. Photo: AAP

The man, dressed in a tactical vest with a gun strapped to his thigh, was captured in photographs by Fairfax Media on January 25 which were then forwarded to police.

In the pictures the man has no identification or badges from a security company and its understood he went unchecked in the mall, walking among mourners as they lay flowers.

Police confirmed on Tuesday they have interviewed the man as part investigations into a man “performing the duties of security work while unlicensed.”

Police did not respond to questions about why the man was in the mall or why he is yet to be charged.

“The company in question was the holder of corporate firearm licence and private security business licence. Both of these licences have been suspended,” a police spokesman told AAP.

“As investigations are still ongoing we are unable to provide any further comment at this time.”