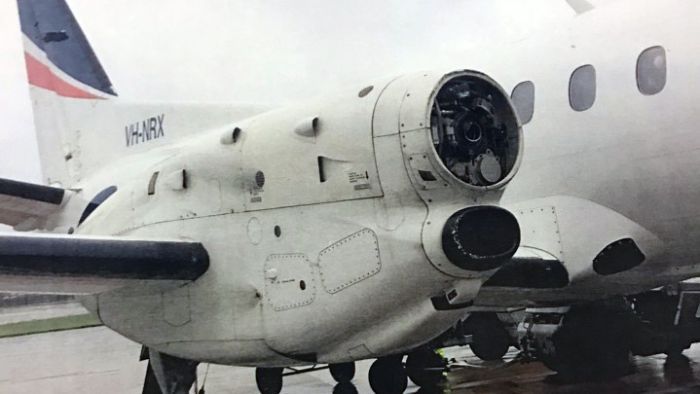 Six Regional Express planes will remain grounded, pending the outcome of an investigation.

Airline Regional Express (REX) has grounded a further five of its aircraft that are similar to one that lost a propeller during a flight from Albury to Sydney late last week.

The plane, flight ZL768, was forced to make an emergency landing after losing one of its propellers mid-air on Friday.

The 16 passengers and three crew members on board were not injured.

Regional Express previously said its SAAB 340B aircraft would continue operating as normal.

But it has now decided to immediately remove and quarantine all propeller gear boxes and shafts of the same series for further inspection.

Regional Express owns 55 SAAB 340B aircraft and is grounding five planes, in addition to the one involved in the incident.

The company said two of the planes were freight carriers and the other three were from the Sydney and Melbourne networks.

It said there could be minor disruptions for the next two days.

“This is an extremely rare event and the one other recorded similar event was in 1991, when US carrier Comair’s aircraft also landed safely after a separation of its propeller,” Mr Howell said in a statement.

“As there is an ongoing investigation by the ATSB, Rex will leave it to this authority to provide any technical updates it deems appropriate.

“However, we wish to state categorically that all our action and decisions will be taken in strict compliance with the instructions of the various authorities and original equipment manufacturers, and we have safety as our paramount consideration.”

The ATSB is yet to find the propeller.

In the statement providing details of the first three days of the investigation, the flight’s first officer detailed seeing the propeller separate, travelling horizontally upwards and away from the aircraft.