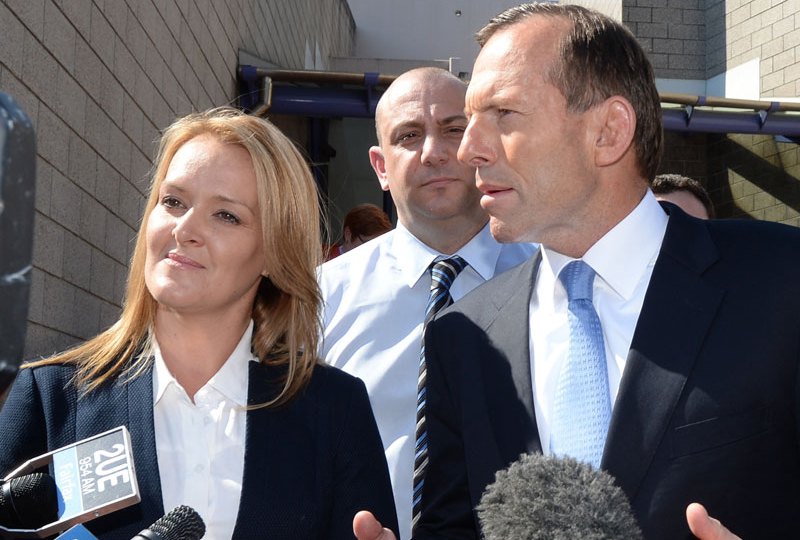 Fiona Scott, who Tony Abbott once taunted as having “sex appeal”, has hit back, calling for the former Prime Minister to quit Parliament.

The former Liberal MP slammed the “war” within the Liberal Party, accusing Mr Abbott of “backstabbing” his colleagues in an interview on Sky News on Wednesday night.

“This war has to end. If we keep going through who voted for where and how, it means nothing,” she told Sky News.

“What I see of a man I’ve thought so much for in the past is every day that this goes on and it drags on, he’s just undermining his own legacy, and I think that’s also a tragedy.”

Ms Scott had earlier told the Fairfax Media that Mr Abbott’s description of her “sex appeal” had damaged her credibility.

She had narrowly lost her Lindsay seat at the federal election last year, accusing the Liberal Party for denying her campaign access to the appropriate resources.

Ms Scott claimed the Coalition whip had denied her a position on the federal economics committee.

“(Scott Buchholz) turned around and looked at me strangely and said economics? And I said ‘yes’ and he said ‘well that’s for the big boys with PHDs’,” she said.

“I’ve been working in marketing and business strategy my whole career.”

The former marketing executive blamed Mr Abbott’s comments for her fellow male colleagues being unable to take her seriously.