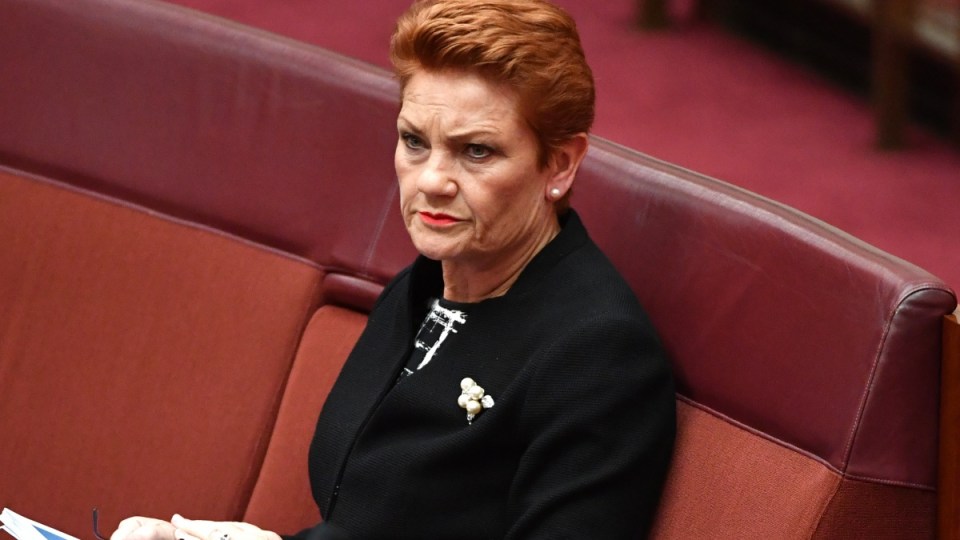 Pauline Hanson was accused of coddling the anti-vax vote during the campaign. Photo: AAP

One Nation leader Pauline Hanson has apologised for controversially suggesting there are tests available to see if children will have an adverse reaction to vaccinations, but still insists immunisation is a “personal decision”.

The Queensland senator was attacked by health experts after criticising Australia’s vaccination program and telling the ABC parents should be allowed to have their children tested before being immunised.

“Parents are saying vaccinations have an affect on some children. Go and have your tests first. You can have a test on your child first,” Senator Hanson told Insiders.

The comments were condemned by the medical community and Senator Hanson today conceded she was “wrong” about a test for vaccinations.

.@PaulineHansonOz apologises for suggesting there was a test for vaccination allergies: "I was wrong." #sun7 pic.twitter.com/I0KG5p3dpF

“What I’ve heard back, ok, I have heard a couple of doctors have said that there is no test,” she told Channel Seven.

“Yes, I do apologise. If that be the case, I am wrong.

“I was of the opinion that that was the case, apparently it’s not.”
But she insisted vaccinations were a “personal decision”.

“I just want parents to make sure that they do the right thing by their children, go and speak to the doctor, get the right advice.

“Vaccinations have controlled a lot of diseases, I admit that, there’s no problems. I had my kids vaccinated.”

Earlier in the week, Senator Hanson called the Federal Government’s “no jab, no pay” policy “blackmail”, and told parents to “investigate” whether or not they should vaccinate their children.

She said the issue had been “blown completely out of proportion”.

Senator Hanson is campaigning in Western Australia ahead of Saturday’s state election, where One Nation is tipped to win a small number of seats in the Upper House.