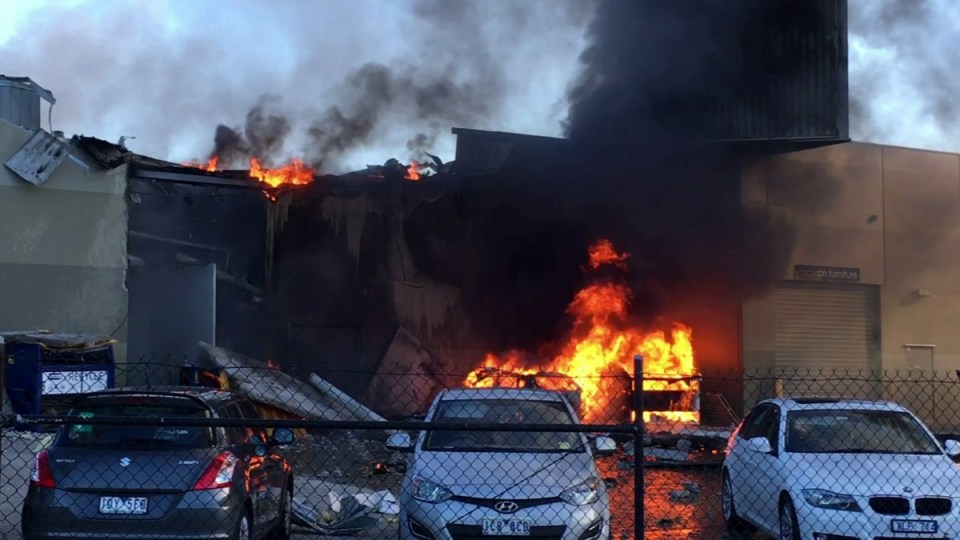 Five people died in the Essendon DFO plane crash, and how it occurred is now known. Photo: Getty

The body that investigates air safety incidents is struggling with a massive backlog and is only completing one in three investigations inside the required 12-month timeframe.

The Australian Transport Safety Bureau (ATSB) has been in the spotlight since it was revealed the pilot involved in last month’s plane crash near Essendon Airport was being investigated over a near collision at Mount Hotham in 2015.

The delay in completing investigations is leaving grieving families in limbo and poses a real risk to aviation safety.

“Until a case is resolved, there can be no remedial action taken by the relevant authorities, CASA (Civil Aviation Safety Authority) or the Department of Transport or even private airport operators,” aviation safety expert Neil Hansford told 7.30.

“So it’s critical that the ATSB hit their key performance indicators as mandated by the Government.

“If they can’t do that we have to look at the whole role of the ATSB.”

Has the MH370 search gotten in the way?

“When you are only achieving under 30 per cent of closure in line with your key performance indicators and they’ve got you at 90 per cent, clearly you’re failing,” Mr Hansford said.

“If you were in private enterprise, you’d be unemployed, you’d have a new boss and you’d be taken apart because they should have put up their hands and said ‘this is going to have an effect on the Australian aviation market and we’re not going to be able to deliver our requirements as laid out by the government’.” 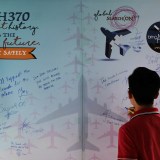 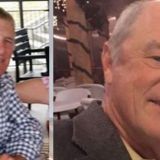 Melbourne plane crash: The ‘once in a lifetime’ golf holiday that ended in tragedy

Mr Hansford believes the ATSB’s failure to meet its investigation targets is linked to its role in the search for downed Malaysian Airlines plane MH370.

“It’s had a major effect, because the number of resources, of people. You just take on the investigation regarding Essendon; there are four investigators on the scene almost immediately, now that’s for one small aircraft.

“Now, have a look at the effect of an aircraft where we didn’t know where it was, as the head of the Air Force said, ‘I’m not looking at a needle in a haystack, I haven’t even found the haystack’.

“So imagine the labour and the specialist people who were assigned to that.

“They weren’t doing the jobs they were mandated and paid for, which is the protection of the Australian aviation industry.”

‘It’s very frustrating, we can’t put it behind us’

Felicity Davis lost her husband in a helicopter crash in November 2015.

John Davis was flying with friends, Richard and Carolyn Green, shooting aerials for a documentary on coal mining when the chopper crashed.

They were supposed to be gone for only a few hours, but when they failed to arrive at their destination a search was launched.

After an agonising wait, Ms Davis called the police for an update.

“They rang me back five minutes later and said, ‘We found the helicopter and unfortunately there were no survivors’. So, that was it.

Now, 16 months later, Ms Davis is still waiting for the ATSB to tell her what happened in the crash.

All she can do is speculate.

“It’s very frustrating because we can’t put it behind us, get it over and done with,” she said.

One of those unfinished reports related to pilot Max Quartermain, who crashed into a shopping centre at Essendon Airport last month.

After his “near collision” in 2015, a proficiency test found him capable to fly.

That Mt Hotham near miss was nearly 18 months ago, but the completion of the investigation has been delayed three times due to competing priorities and workload of the investigator in charge.

“This is one where the report has not being published and the excuse has been we didn’t have the resources,” Mr Hansford said.

“So the question has to be, if that had been resolved, would Mr Quartermain still be flying and what other aspects regarding the aircraft types and what happened at Mount Hotham?”

Ben Morgan is the head of the Aircraft Owners and Pilots Association, which also has major concerns about how the ATSB operates.

“One of the most upsetting things that happens after an air accident is the media starts reporting on a wide gamut of historical reports that involve pilots within our industry,” he said.

“It does subject the pilot to an unfair assessment by the community.

“We need an ATSB who is far more responsible in getting these reports completed quickly.

“We cannot have scenarios where we’re waiting five and seven years to wrap up an investigation.

Mr Morgan points to a lack of resources at the ATSB, saying the organisation has had its staff cut by 25 per cent since 2009.

“The aviation industry for some time has been raising concerns to both the Department of Transport and Minister for Transport, Darren Chester, in that air accident investigations are simply taking too long,” he said.

“We have a scenario in which the ATSB would appear now to be vastly understaffed and underfunded and this has been a direct result of the fact that we no longer have a Minister in Government who has a strong interest in aviation.”