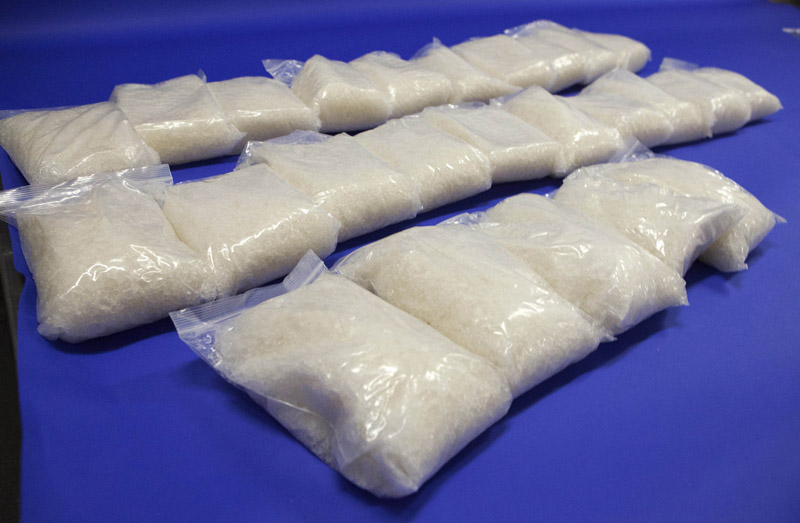 The Australian Border Force will allege the haul is the largest ephedrine seizure in three years. Photo: AAP

A drug syndicate has been smashed and two Chinese nationals arrested after the Australian Border Force and NSW Police raided 10 Sydney homes and seized more than 300 kilograms of ephedrine, the drug used to make ice, with a street value of $240 million.

In March 2016 the ABF began investigating multiple imports of ephedrine from China and identified links to an organised criminal network of Chinese nationals operating in the south western suburbs of Sydney.

The Australian Border Force will allege the syndicate is responsible for importing in excess of 300 kilograms of ephedrine, the largest ephedrine seizure since the ABF was stood up in 2015.

ABF regional commander of NSW, Tim Fitzgerald, said there would be more arrests to come.

“Investigators from both the ABF and NSW Police are undertaking further activities as we speak with a view to looking where these particular products are going,” Commander Fitzgerald said. 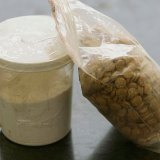 “There is no doubt this is one of the more sophisticated smuggling attempts we have seen, but through a mix of multilateral intelligence, highly trained officers and world class border screening technology, we have ultimately stopped a large amount of drugs making it onto the streets,” he said.

NSW police said a 29-year-old was remanded in custody while the 26-year-old, who was identified as an unlawful non-citizen, was bailed and taken into immigration detention.

The two men from Campsie appeared in court this week charged with importing the ephedrine and they now face a maximum 25 years in jail if convicted.

Police began investigating the organised crime network – which allegedly imported the drugs from China and Hong Kong – in March 2016.

The south west Sydney properties were raided in late February and early March.

It could have been used to make up to 240 kilograms of ice with a street value of $240 million.

“In order to control the supply and availability of ice, we must monitor the importation of precursors, as well as the drug itself,” Acting Assistant Commissioner Finch said.

“The key to our success lies in maintaining strong relationships and continuous information sharing with our partners.”