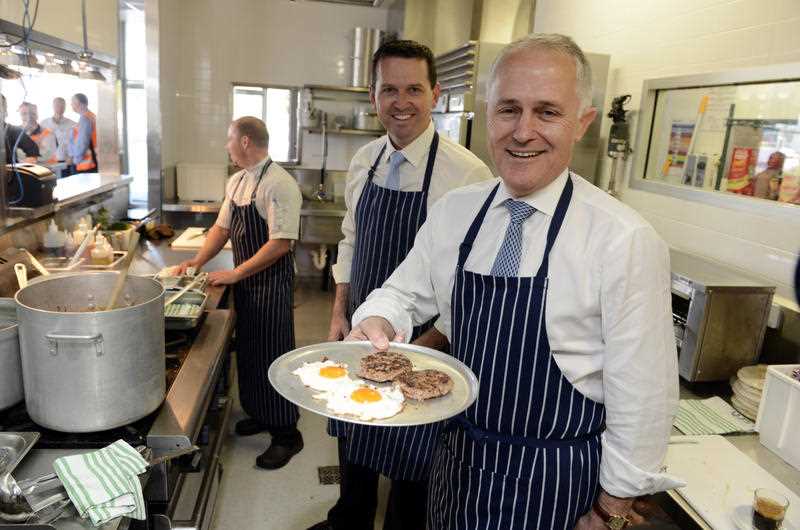 Mr Turnbull said the Fair Work Commission had the power to phase in the cuts over a longer period. Photo: AAP

Prime Minister Malcolm Turnbull has signalled a softening of the cuts to Sunday penalty rates, suggesting a phasing-in of the reductions.

After days of Labor and the unions campaigning against the cuts, and Mr Turnbull maintaining he would respect the independence of the Fair Work Commission, he today showed signs of compromise.

Mr Turnbull told the ABC on Thursday that the Commission had the power to implement the cuts gradually.

“That’s an appropriate objective and we certainly welcome transition arrangements that mitigate as far as possible or offset the impact on the take-home pay packet,” he said.

“As the base pay goes up every year with the minimum wage … the employee’s overall pay packet increases and offsets the phased-in reduction in penalty rates.

“We’re very supportive of the commission managing this transition in a way that ensures the take home pay is as far as possible maintained.

“The important thing is [the Commission has] both the intent and the tools to sure that the changes are phased in so workers are as far as possible not worse off.

The Fair Work Commission is very conscious of the need to protect low-paid workers, so are we.”

The commission has called for submissions on how the cuts should be implemented.

However, Opposition leader Bill Shorten called the suggestion of phasing-in a “dumb idea” and was proof the government was out of touch.

Meanwhile, Senator Eric Abetz suggested on Thursday that only new employees can be subject to the ruling.

“It is not unreasonable for workers to plan and budget on their current income,” he writes.

“This approach would ensure that ‘no worker is worse off’ while allowing new opportunities for the unemployed and especially for young unemployed people.”

Senator Abetz said the Coalition needed to return to its “evolutionary not revolutionary” approach to industrial relations to stave off an anti-WorkChoices type campaign from unions and Labor.

He called on business groups to support grandfathering in their submissions to the commission.

The Productivity Commission, which reviewed workplace relations for the government in 2015, has said there should be a 12-month delay in the implementation of any penalty rate cuts.

However, Senator Abetz’s suggestions was soon shot down by colleagues.

Speaking to Sky News, Treasurer Scott Morrison said he was comfortable with Mr Abetz speaking his mind, but the Coalition would not be adopting his policy suggestion.

Mr Shorten said a phasing-in of the new measures were “just another way to have a race to the bottom in wages” and that applying them only to new employees offered huge loopholes.

“The rosters and the shifts will go to the cheaper employees not the more expensive employees,” he said.

“If an employer on July 1 can roster an existing employee on the old penalty rates at double time, or have the chance to employ someone new on time-and-a-half over, time they’re going to employ the new person.”