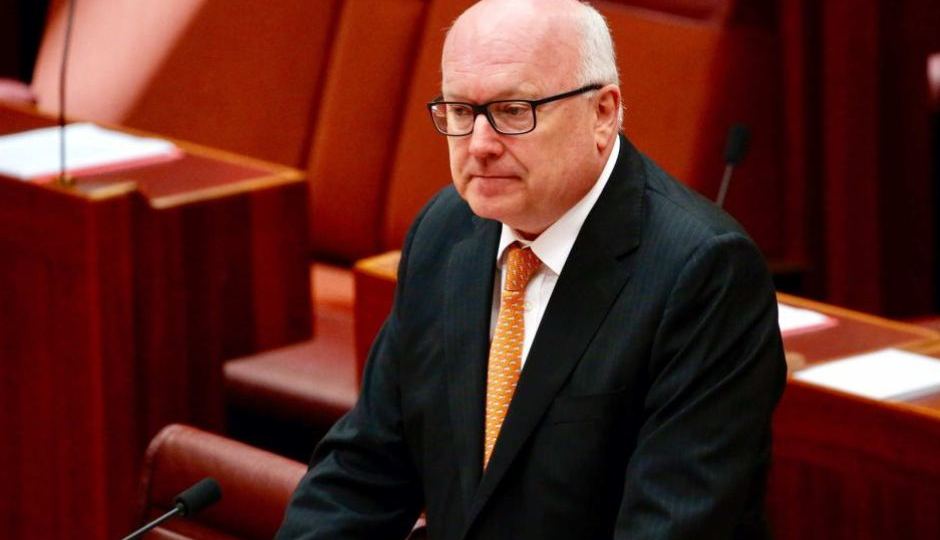 George Brandis infamously said people had a "right to be a bigot". Photo: ABC

Attorney-General George Brandis has repeated his argument that he is not at odds with his West Australian counterpart over when he was personally involved in litigation to claw back $1 billion from the failed Bell Group of companies.

During a fiery Senate Estimates hearing, Senator Brandis said he did not dispute comments WA Attorney-General Michael Mischin had made to the ABC’s 7.30 program about when he discussed what involvement the Commonwealth would have in the litigation.

Last week, Mr Mischin told 7.30 that Senator Brandis’ first involvement in the case was in February 2016.

That is a month earlier than what the Attorney-General told the Senate and a Senate committee late last year.

“I accept, or at least I don’t dispute, that Mr Mischin records a brief exchange sometime in February, which I do not recall and for the reasons I’ve already explained,” Senator Brandis said.

“In particular because I said to Mr Mischin, ‘I don’t know about this, I’m not in a position to discuss this with you’.

“‘But I will discuss it with you subsequently’, as I did — I do not regard that as a personal involvement.”

So, Senator Brandis says his statement on the Bell matter is entirely consistent with his WA counterpart.

Then this happened. DING DING! pic.twitter.com/WeyeLte2m9

Senator Brandis told the committee he had not yet been briefed on the matter by others in his office or his department, but accepted he knew senior advisors were working on the case.

The dispute led to some heated scenes in the committee hearing, as Senator Brandis was questioned by Labor senators about his use of the term “I recall” when he made a statement to the Senate on the matter in November last year.

When do the words "I recall" take effect, and when don't they? See if you can keep up at home… #estimates pic.twitter.com/8ROO3MTh63

Senator Brandis has denied claims he wanted the Commonwealth to run dead in a High Court case to let the WA Government get first priority on the settlement of the Bell Group.

George Brandis fronts Senate Estimates, claims he is not at odds with WA counterpart