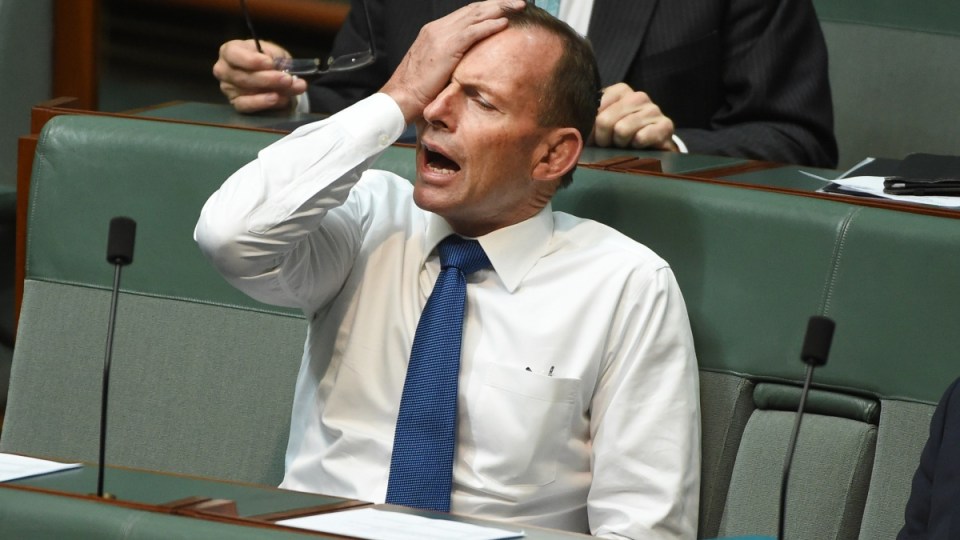 Conservative Liberal MPs have reportedly formed a group called “the deplorables” and discussed a strategy to undermine Malcolm Turnbull on a variety policy issues after the Coalition’s narrow election win last year.

The group of MPs, led by Tony Abbott and Eric Abetz, began discussing the plan to get the former prime minister back into cabinet by phone last year, News Corp reported.

The group was also used to organise conservative MPs on same-sex marriage in case the Prime Minister offered a free vote on the issue once the plebiscite was knocked back by parliament.

The revelation comes after last week’s tension between Mr Abbott and the Prime Minister after the former Liberal leader made a speech critical of the Turnbull government, describing it as “Labor-lite”.

Members of “the deplorables” were told to pressure the government through the media on issues such as Safe Schools and amending section 18C of the Racial Discrimination Act. 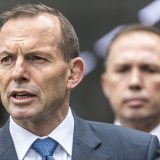 MPs lost interest in the plan after some felt they were being used to bolster Mr Abbott’s own ambitions while others were promoted to the frontbench.

Finance Minister Mathias Cormann on Monday morning that said he wasn’t aware of the group.

“The people mentioned in that article are all good people, they’re valued friends and colleagues,” he told ABC radio.

A veteran Liberal MP hopes Mr Abbott reflects on his time as prime minister as federal parliament resumes in Canberra.

“I would suggest that Mr Abbott reflect on his own period as prime minister before he starts throwing mud at other colleagues. He was actually given a lifeline and he gave himself six months probation and he failed,” backbencher Warren Entsch told reporters as he arrived at Canberra airport.

Last week Mr Abbott enraged Coalition MPs after he lashed the government during a speech launching a book on conservative politics in Australia.

Mr Abbott laid out alternative policy proposals on issues such as immigration and energy, and added that the government was “drifting to defeat”.

The former PM was slapped down by Mr Turnbull and other senior government ministers, including former Abbott ally Mathias Cormann, who accused Mr Abbott of being “destructive” and “sad”.

On Sunday night, Mr Abbott’s former chief of staff Peta Credlin weighed in on the government’s fortunes, saying it was “on life support”.

“The party in Canberra is not listening, understanding or connecting with the party around the country,” Ms Credlin said.