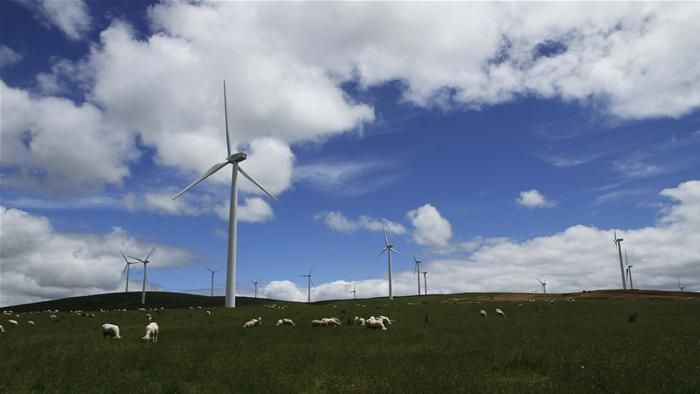 Some in the Coalition want to cut the current Renewable Energy Target by up to a third. Photo: Getty

Australia can build an affordable and secure electricity network with 100 per cent renewable energy, using existing technologies, according to research by the Australian National University (ANU).

So how would it work?

The study details plans for a zero-emissions grid which would rely on wind and solar technology, supported by pumped hydro storage.

It could be set up with inexpensive, currently available, “off the shelf” products and eliminate the need for coal and gas-fired power.

At the moment, two-thirds of Australia’s electricity comes from coal-fired power stations but as they age and close — like Hazelwood will in Victoria next month — a reliable baseload capacity replacement must be found.

Affordable, reliable, but ‘hard to swallow’ for some

Professor Andrew Blakers from the ANU said wind and solar can be that replacement, with the support of off-river pumped hydro, where reservoirs at different altitudes can be used to store and generate power.

Professor Blakers is the lead author on the study which has found that by using solar and wind energy, supported by pumped hydro, Australia can have a cheap, stable, zero-emissions network. 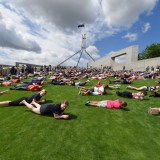 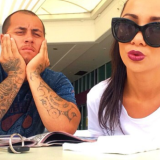 “Ninety-nine per cent of the Australian land mass is not near a river and we’re finding hundreds and thousands of sites, all the way from north Queensland, down the Great Dividing Range and across to South Australia, Tasmania, Western Australia,” Professor Blakers said.

“The primary aim was to find out whether we could go to 100 per cent renewable electricity while using only common, off-the-shelf items that have very well established prices. The short answer is, ‘yes’.”

How much would it cost?

“The affordability is there, photovoltaics and wind are now cheaper than gas and coal and will get much cheaper over the next decade,” Professor Blakers said.

“The reliability is there because we have done very careful, hour-by-hour analysis of the Australian electricity grid and we find that with a modest amount of storage and some increased interconnectors within the states, the entire stability can match anything coal and gas can deliver.”

The plan has some strong backing — the Government’s own Renewable Energy Agency kicked in $450,000 for the research.

Dylan McConnell from Melbourne University’s Climate and Energy College said Australia needs to accept these are the energy systems of the future.

“The concept of baseload is basically an outdated concept — we need technologies that can meet our needs as they’re required,” Professor McConnell said. “That is, they need to be dispatchable and reliable, when we actually demand them.”

While he fully supports the research, he admits, right now, it will be hard for some to swallow.

“The lack of bipartisan support around energy policy will make this a challenging piece of research to accept in the current political climate, but it’s still a very important contribution that needs to be taken seriously by all sides of government,” he said.

Not everyone has welcomed the findings

“These are really material challenges in the real world.”

Mr Warren said Australia was at an urgent juncture, where “intellectual exercises” like these, along with the politicising of the energy debate, have to make way for action.

“The fear is that things get worse before they get better, that we need severe crisis to galvanise political alignment, and that would be unfortunate because we can see that’s coming,” he said.

“We’re already in a state where we can see conditions deteriorate before they improve because it will take us time to invest to restore the grid to a high-functioning level, so we don’t have a lot of time.”

100 per cent renewable energy network affordable, secure and ‘off the shelf’: study