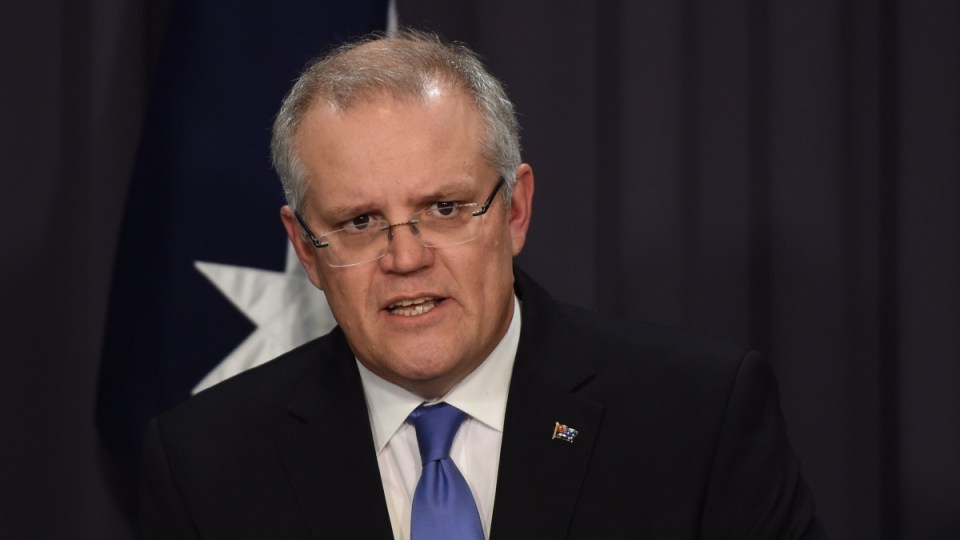 Treasurer Scott Morrison has threatened tax rises if the government's welfare reforms are blocked in the Senate. Photo: AAP

The Federal Treasurer and Finance Minister have threatened to increase taxes if a raft of welfare cuts worth billions of dollars are blocked by the Senate.

The government expected to generate $5.6 billion in savings through its welfare omnibus bill – which appears certain to fail – earmarking $1.6 billion for childcare fee subsidies and the remaining $4 billion for the National Disability Insurance Scheme.

“If you don’t fund it (the NDIS) by getting welfare under control, you’ve got two other options, increase taxes or increase debt,” Treasurer Scott Morrison told News Corp.

Labor, the Greens, the Nick Xenophon Team and Jacqui Lambie have all signalled they will reject the bill, leaving only One Nation in favour.

The treasurer said price fluctuations meant the government could not rely on a spike in iron ore revenues to bankroll spending and achieve structural change.

“If the parliament is going to insist that the government spend more and more money, particularly on welfare, then someone has to pay for that.” he told Sky News Business on Tuesday.

There were only two options to do so, and finding savings was the government’s first preference.

“But if you don’t do that, you’ve either got to have higher debt – which is a tax on your children – or you have to do it with other revenue measures.”

“Then of course tax increases become the only option.”

Opposition Leader Bill Shorten described the government’s support for the NDIS as lukewarm, and he nominated a simple solution to its budget problem.

“Don’t go ahead with $50 billion of corporate tax cuts,” he told ABC radio.

“What the government says is increase the taxes on ordinary people or they take away payments from people who are less well off.”

Mr Shorten queried why a planned cut in the company tax rate over 10 years was “sacred … off limits” but the rest of Australia had to pay more or lose more.

Greens leader Richard Di Natale said the Treasurer should have come to his realisation months ago, before the government implemented income tax cuts for those earning more than $80,000.

He said the way the Medicare levy is applied should be reconsidered.

“Why not get rid of the discount that somebody … earning over $100,000 gets if they take out private health insurance?” Mr Di Natale told reporters.