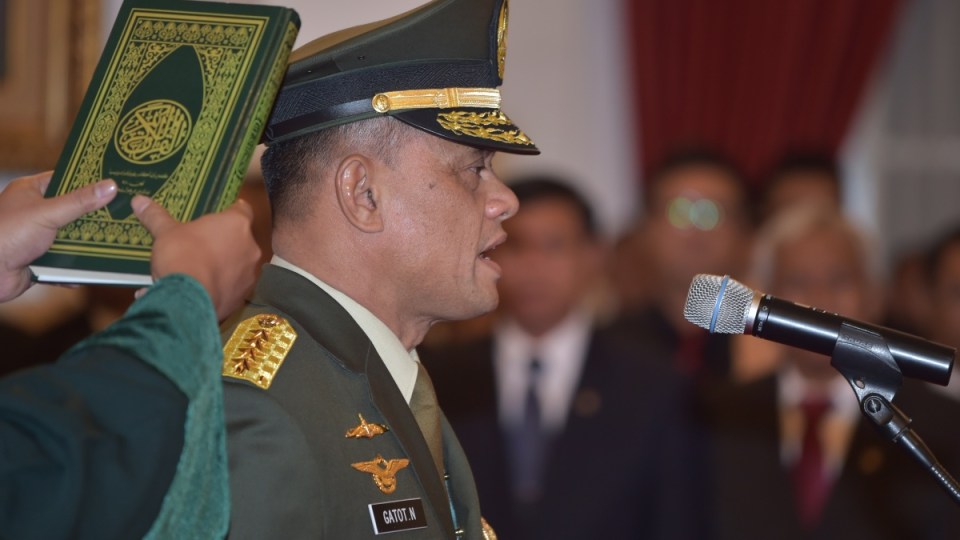 Australia will “sanction” those personnel responsible for the “insensitive” material at the centre of the recent defence upset with Jakarta, Indonesia’s chief of military says.

Australia’s chief of army Angus Campbell travelled to Jakarta on Wednesday in a bid to smooth the waters after Indonesian military chief General Gatot Nurmantyo made the shock announcement in January that all defence ties would be suspended following the discovery of “offensive” material at a Perth Base late last year.

Indonesia’s government later softened this statement to say it was only in relation to language training.

A statement released by the Indonesian military late on Wednesday night, said Lieutenant General Campbell had handed over the results of Australia’s investigation into the incident and “conveyed their apologies”.

Australia, the Indonesian military said, would be suspending their Indonesian language education program within the army, while it makes improvements to staff and teaching material.

Indonesia backs down on suspension of military co-operation with Australia 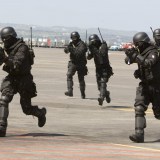 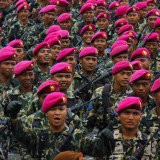 “The Australian defence force said they will also apply strict sanctions on all personnel (who were) involved and responsible for that incident,” the statement added.

General Nurmantyo thanked the Liet Gen Campbell during the meet, for the “immediate and strict” measures Australia had taken.

The military upset happened after an Indonesian discovered material at a Perth base mocking Indonesia’s founding principles – Pancasila.

The military said on Wednesday that Indonesians were willing to “die to defend” this ideology, which made the material “insensitive and hurtful”.

It is understood General Nurmantyo will discuss the future of further cooperation with Indonesian defence and foreign affairs ministers, as well as President Joko Widodo.

Earlier on Wednesday, Indonesia’s Security Minister General Wiranto said the relationship between the two countries was strong – as evidenced by President Widodo’s plan to visit Australia at the end of the month.

“It shows that the Indonesian-Australian relationship is not shaken,” he told reporters in Jakarta.