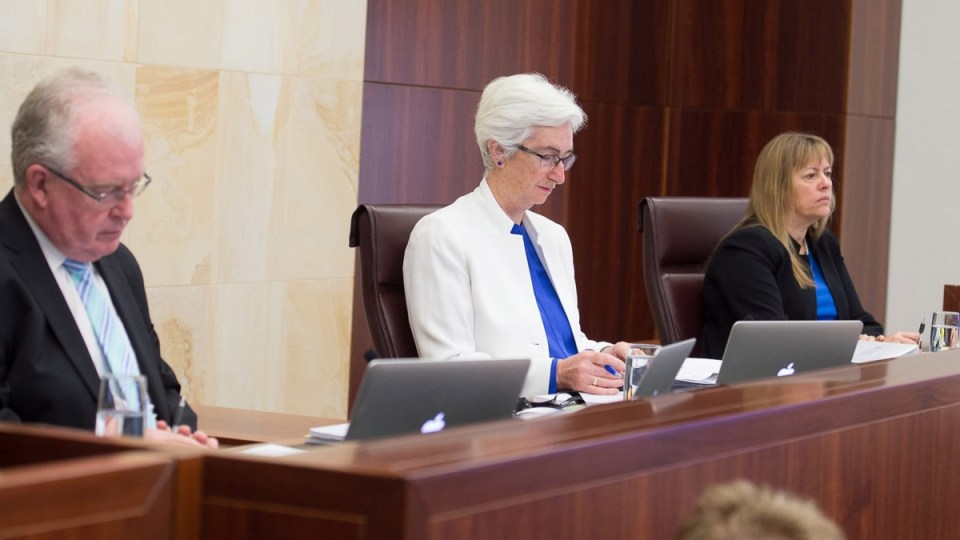 Every Catholic archbishop in the country except for Hobart is being called to give evidence at a royal commission hearing starting next week in Sydney.

The three-week public hearing will focus on the extent of child sexual abuse over almost seven decades and what church leaders are doing to protect children.

The church’s most senior leaders will face the full panel of royal commissioners, and include the archbishops of Sydney, Melbourne, Adelaide, Brisbane, Perth and Canberra Goulburn.

The bishops of Darwin, Broome, Parramatta and the Maronite diocese of Australia are also on the witness list.

This is the 50th public hearing of the four-year-long royal commission and it is the 16th dealing with abuse in the Catholic Church.

The opening address by the counsel assisting the royal commission, Gail Furness SC, is expected to include some grim statistics — an overview of the number of reports of child sexual abuse relating to the Catholic Church since 1950.

The ABC has been told the data runs into hundreds of pages and includes details of the complaint, age of the victim, which diocese or religious order the offender came from and how claims were dealt with and whether compensation was paid.

Archbishop of Brisbane Mark Coleridge was one of a number of Catholic Church leaders to warn parishioners across the country about the nature of the evidence that would be presented at the hearings from Monday.

In a video message to be played in more than 200 diocese across the weekend, the 68-year old archbishop said there would be “grim moments and some shocks”.

“We have to shift the culture and that’s a far more difficult thing to do,” Archbishop Coleridge said.

“This is very confronting, it’s a miserable tale, you can’t put a coating on it, it speaks of so much damage, it’s heartbreaking,” Mr Sullivan said.

The commission has investigated how institutions across the country, including schools churches, sports clubs and government organisations, have responded to allegations and instances of abuse.

Last August, the commission heard harrowing details from a number of abuse survivors in the Newcastle Anglican Diocese north of Sydney.

One victim, Paul Gray, told the commission he continued to suffer from a mental breakdown after being raped by a priest “on a weekly or fortnightly basis” for years.

In November, the Anglican Bishop of Newcastle gave evidence about allegations of abuse in the church there.

He spoke about himself being a victim of abuse at the hands of more senior clergy in his youth, and also gave details about the culture of abuse within the church.

The commission heard about alleged instances of child abuse in the Salvation Army institutions between 1940 and 1990, and evidence on how it failed to protect children and deal with reports of abuse.

It also heard evidence that the Australian Defence Force had a systemic problem of failing to provide support to victims of abuse.