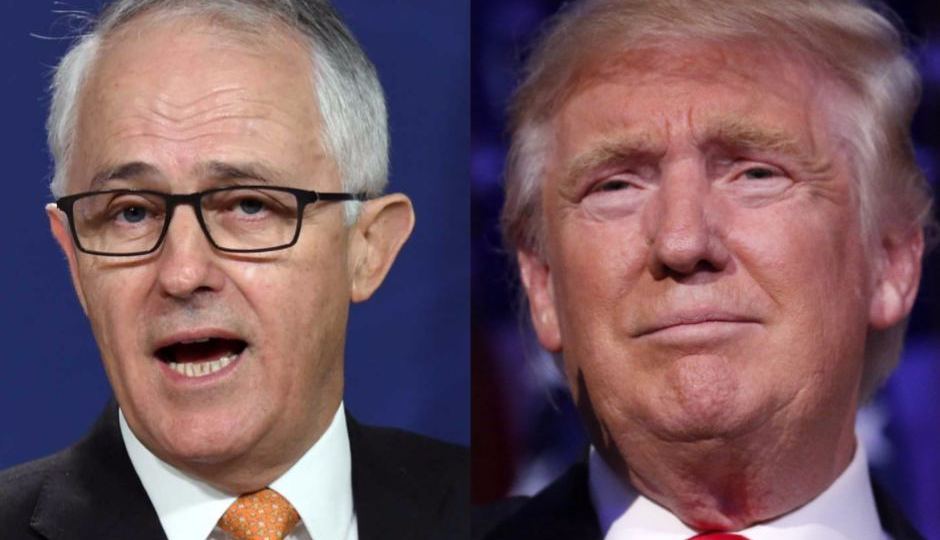 Malcolm Turnbull's meeting with Donald Trump is expected to be an emotional one. Photo: AAP
analysis

Malcolm Turnbull’s deference toward the new US President is appearing more supine by the day.

Twenty-four hours after a 25-minute phone conversation with Donald Trump, the Prime Minister refused point blank to join other world leaders in their criticism of Washington’s ban on travel from seven Muslim-majority countries.

At a news conference where he gave the impression he was reluctantly attending, Mr Turnbull spelled out what appears to be a new doctrine.

“It is not my job as Prime Minister of Australia to run commentary on the domestic policies of other countries.”

This was in direct response to a question on whether Australia shared the alarm of London and Ottawa that their dual citizens from any of the banned countries would be denied entry into the United States. 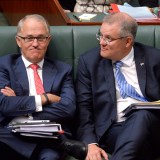 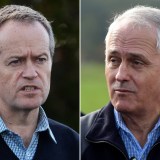 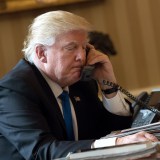 Not only had the Conservative government in Britain raised concerns seeking urgent clarification, Prime Minister Theresa May even dared to criticise the move.

The privilege of being the first foreign leader to meet the recently inaugurated Mr Trump did not cower her into silence.

She said of the 90-day ban with its implicit religious bigotry of suspecting all Muslims of harbouring terrorist intent: “We do not agree and it is not one we are taking.”

Britain’s Foreign Minister Boris Johnson held talks with the US government and was able to clarify that the presidential executive order does not apply to “individuals who are also UK nationals”.

Australia’s Foreign Minister Julie Bishop, fresh from hobnobbing with the glitterati in Los Angeles, was slow to follow suit. And no such clarification was given at the time of the PM’s news conference.

But Mr Turnbull was effusive in his praise of Mr Trump for his willingness to stand by the agreement with the Obama administration to take refugees cruelly held on Manus Island and Nauru.

Maybe aware that ‘The Donald’ is particularly thin-skinned, Mr Turnbull did not want to jeopardise the arrangement. Though again, the details were scant.

Of course, it is up to the Americans how many they will take. The humanitarian in Mr Turnbull hopes it will be most, if not all, who have been found to be refugees.

Labor’s Bill Shorten took to Facebook to agree in principle on “non-interference” over the executive order, however he wrote “there are some issues where silence will be interpreted as agreement”.

“For that reason, I need to say Mr Trump’s ban on refugees based on religion or country is appalling and ought to be ended as soon as possible,” he said.

Our commitment to multiculturalism & a non-discriminatory immigration system is well known. https://t.co/bLi9Slcg4S pic.twitter.com/rtJn66UZAA

Mr Shorten urged “Malcolm Turnbull to reconsider what our nation’s position ought to be and rethink what he should be saying on our behalf”.

“It is time for leadership,” he said in a jibe that sets the scene for his year-starter speech at the National Press Club on Tuesday.

Mr Shorten’s speech is a day ahead of the Prime Minister’s and his staff say he is bursting with ideas. No doubt they are hoping it will be a stark contrast.

Far from being chastened by Mr Turnbull’s attacks on him last week for abandoning the Trans-Pacific Partnership and the jobs it promised, Mr Shorten will accuse the Prime Minister of being delusional.

Spruiking the benefits of an agreement that no longer exists he will say is “a waste of time”.

In light of Mr Trump’s veto of the TPP, Mr Shorten will say “our priority should be economic reforms that actually deliver jobs – not fantasy trade deals”.

The Labor leader will also re-commit to his election promises to boost training and TAFE funding.

Continuing his criticism of 457 and other work visas, Mr Shorten sees the issuing last year of 10,400 such visas for trade and technician jobs as taking the easy option of importing skills rather than “train our own people”.

Mr Shorten is well aware that he needs to begin painting the picture of himself as an alternative prime minister rather than just an opposition leader.

But the fact is that with two years to go until the next scheduled election, most of the pressure will be on Malcolm Turnbull’s speech on Wednesday.

Malcolm Turnbull is Trumped into silence on US Muslim ban