The biggest unexplored story in Australia over the past 12 months has been the massive expansion of state surveillance.

ASIO has publicly boasted that it is placing both Muslim and anti-Muslim groups, such as Reclaim Australia, under surveillance.

This is a new frontier of policing, where people are being targeted not for what they do, but what they think.

Essentially, people from both sides of the political spectrum are falling under government surveillance because they fail to agree with the government narrative that Australia is a successful multicultural society.

Surveillance is widely criticised by civil libertarians as a tactic of intimidation, social control and harassment with consequences including increased levels of aggravation, stress, violence and poor health. 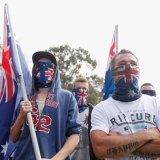 Reclaim Australia and their ilk a security threat: ASIO 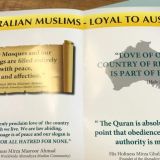 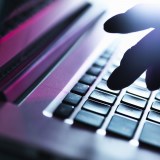 It is a step into the realm of dark policing, where people are placed under extensive levels of surveillance without having committed a crime. There is no redress.

Since September 2014, the government has passed eight ­separate tranches of national security legislation that have ­either amended existing offences, ­created new ones or extended far-reaching surveillance, arrest and control powers to security agencies.

However, thanks to ASIO boasting about placing anti-multicultural groups like as Reclaim Australia under surveillance, The New Daily is legally able to write about these operations.

ASIO wants the plethora of far-right groups, including the United Patriots Front and the True Blue Crew, to know they are under surveillance.

The groups and their spin-off sites are all highly active on social media, and their hot button issue is multiculturalism and Muslim migration, while regarding Pauline Hanson as a hero.

The next most visible protest, or confrontation as the case may be, is the Reclaim Australia rally scheduled for Fremantle on Australia Day.

The date and location has been chosen because Fremantle Council has dispensed with Australia Day celebrations traditionally scheduled for the 26th, replacing them with “One Day” celebrations on the 28th.

In a statement, the council said it was “an opportunity for all Australians to come together and celebrate the multicultural diversity of our country”.

For his pains Fremantle mayor Brian Pettit has been labelled a “maggot” by anti-multicultural activists.

At a recent Senate committee hearing, ASIO director-general Duncan Lewis said Reclaim Australia, in particular, was of interest to intelligence agencies, with the threat from such groups growing over the last 18 months.

Not everybody agrees with Mr Lewis’s claims that ASIO officers are the “unsung protectors of our community”.

In the book ASIO: The Enemy Within, barrister Michael Tubbs describes the organisation as a parallel secret police force which has done enormous damage to Australian democracy.

Mr Tubbs is scathing of a “rogue institution” and of the generations of politicians on both left and right who had not just let it happen, but had failed to warn the public.

Political leaders had surreptitiously created an atmosphere of fear within society, he claims, and increased the power and reach of ASIO until it effectively became a huge national network of secret political police that spied on political parties, unions, community organisations and individuals.

Adam Molnar, lecturer in criminology at Deakin University, told The New Daily that Australia stood apart from other Western countries in terms of democratic rights.

“Unfortunately what we have seen in recent national security amendments is a move to broad ambiguous definitions which can authorise significant overreach,” he said.

“New surveillance powers, which have come through in the past two years, go beyond similar liberal democratic countries.

“Australia has a long way to go in terms of having robust oversight and accountability mechanisms for these types of powers.”

In August, authorities charged a person linked to Reclaim Australia under federal terror laws for allegedly collecting or making documents to prepare for terrorist acts.

While Reclaim Australia claims the man was only very loosely associated with the organisation and it is happy to see the back of such individuals, the government has used his arrest to show it is not just targeting Muslim groups.

Mr Lewis said Reclaim Australia had “offered violence” in the past and expects it will continue to do so when it confront pro-Islamic groups.

“It is certainly the case that violence has been and, I anticipate, may well continue to be offered by these groups as they confront one another – the Islamic and pro-Islamic group on the one side and the anti-Islamic groups on the other,” he said. “That is business for ASIO: the inciting of, what is essentially, political violence.”

Former president of the Law Institute of Victoria and spokeswoman Katie Miller told The New Daily that Parliament was granting security agencies extremely intrusive powers, including the ability to search someone’s premises, their computers, records, and to install listening devices throughout their homes.

“These are very serious intrusions into personal liberty,” she said. “These powers should be for a limited function and there should be oversight in the exercise of those powers.

“We need to ask: ‘Why are people being targeted?’

“If they are being targeted for what they think then there would be a question as to whether ASIO has the power to do that.”

Bruce Schneier, one of the world’s leading experts on surveillance and its impacts, and author of Data and Goliath, told The New Daily the results of targeting specific groups was profound.

He said the result would be: “Fear, discrimination, oppression. Again and again, society forgets that targeting entire groups of people in a vain effort to find the few bad actors is both ineffective and toxic. There’s a reason why surveillance states aren’t the ones that flourish; it’s profoundly inhumane.”

One of the founders of Reclaim, Catherine Brennan, told The New Daily the surveillance the group has been placed under “does not bother us at all”.

“We had a bit of a giggle. What a waste of taxpayers’ money,” Ms Brennan said.

We are just a group of mums and dads who have fallen into this by chance. We didn’t set out to start this. We are not radicals. We are ordinary everyday people.

“Our views are not that far from a lot of Australians. We are not doing anything wrong.

“They could knock on my door and I would say come in for a chat it wouldn’t bother me.”

Members of Reclaim Australia have already been interviewed by the intelligence services. Those interviewed have been obliged to sign contracts not to reveal the subject of their discussions.

“Our experiences with the intelligence services positive,” Ms Brennan said. “We speak with counter-terrorist officers regularly. People will tell us things before they tell the police, they feel more comfortable with us, and we go wow, that is huge, we need to tell the authorities.”

Ms Brennan said Malcolm Turnbull’s claims that Australia was a successful multicultural society were fanciful. “I think Australia’s Prime Minister needs to get off his little throne and live in the real world.”

Independent MP and former intelligence officer Andrew Wilkie, the only individual within the bureaucracy to speak out about the flawed intelligence used to justify Australia’s entry into the Iraq War, told The New Daily the surveillance of groups such as Reclaim Australia raised many questions.

Mr Wilkie said it was an interesting development that ASIO was so publicly revealing who it was placing under surveillance.

“If we make the assumption the agency is competent and it is beneficial to publicise this surveillance, exactly where the benefit is in this case is unclear,” he said.

“There is a merit in the argument it causes additional violence, but there are a lot of times when surveillance warranted and necessary. Whether or not it is a wise thing to publicise the fact is hard to tell; there can be very good reasons to keep an operation secret, and very good reasons to let people know what you are doing.

“The question is whether or not there is political or reputational motive behind ASIO revealing the information. I would be horrified if it was a blatant political move being channelled through ASIO.”

Anti-Islamic groups are so far the only ones feeling the power of the state breathing down their necks.

Muslim communities have long bitterly complained about the impacts of government surveillance on their lives and their communities.

Australia’s best known Muslim spokesman Keysar Trad told The New Daily: “Surveillance including the fear of surveillance increases the paranoia and the suspicion of what or who is around you.

Bernard Gaynor, who served three tours of Iraq while serving in Army intelligence before allegedly being drummed out of the military for his political views, told The New Daily it would be naive of him to think he was not under surveillance.

Playing into the hands of the state

One of the country’s oldest anti-immigration groups is the Australia First Party headed by veteran activist Jim Saleam.

Australia First was established in 1996, but was quickly eclipsed by the birth of One Nation the following year.

Mr Saleam told The New Daily: “I have always been under surveillance. I am used to it.

“They are using Muslim terrorists as an excuse. The average Australian who might have a criticism of the Australian state or government is not violent.

“There are probably tens of thousands of people under surveillance, ordinary people. It is not right, but it is occurring.”

Mr Saleam said that by peddling an anti-Islamic rhetoric, Reclaim Australia served a government agenda. It allowed the security forces to step in, pretend to be even-handed and exercise even greater control.

“That is where it leads,” he said. ”We think it is dangerous, very dangerous all around.

“Politics is a cruel business. Many of the demonstrators have a heart of gold. They are useful idiots. They haven’t worked out they are being manipulated.”