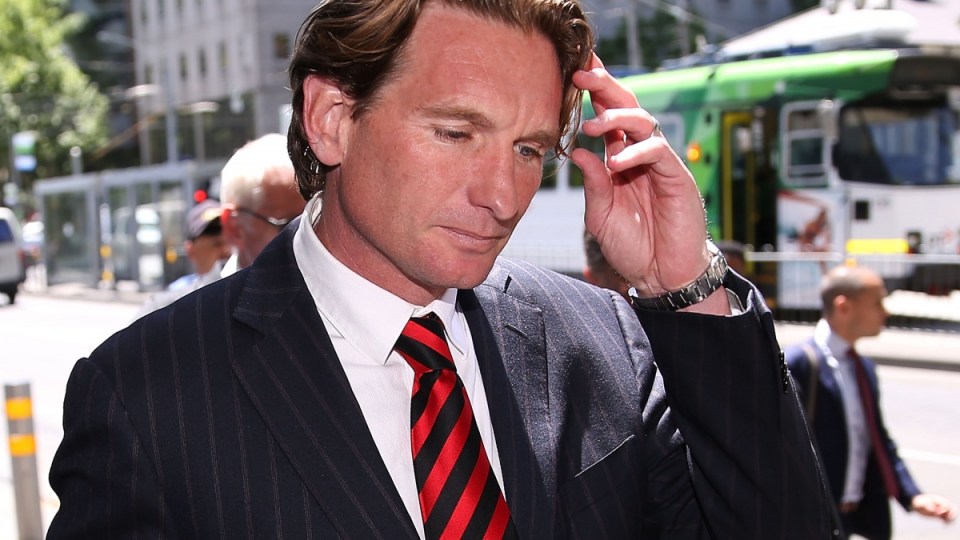 In the midst of all the sadness surrounding the latest sorry twist in the James Hird saga, it was hard not to be enraged that his wife, Tania, was forced to say this in a public statement Friday afternoon: “At this time James and the Hird family are in need of privacy … we particularly ask this of the media contingent currently gathered at our house.”

It beggars belief that news directors of any persuasion – TV, radio, print or digital – would dispatch crews to the Hird family home while the former AFL champion was hospitalised, dealing with a medical issue that is the business of he and his family and no-one else.

Which is to say, while the public might be curious about the Hird family’s latest travails, the public interest is not served by catering to that curiosity. In fact, we do a disservice by allowing such breaches of privacy. 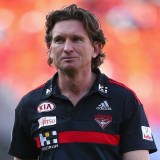 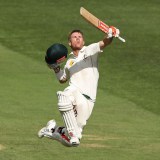 Any trained journalist would know this, so the decision of newsrooms across Melbourne to dispatch staff to the Hird home Thursday afternoon and beyond was cruel headline-hunting, nothing more, nothing less.

Channel Seven was one of the networks that used footage of the Hird home in their reports. It showed windows shuttered and a front portico deserted; the house could be clearly identified by anyone wishing to cruise by and take a look themselves. I can’t begin to think what the family inside might have been thinking as the media hordes descended. So much for privacy. So much for decency. Will this never end?

Ironically, one of Seven’s directors, Jeff Kennett, on Friday also called for Hird’s privacy to be respected. He was speaking as chairman of the depression support service Beyondblue. Perhaps he should have a word to his network’s director of news.

Peter Costello might have a word to Nine news personnel too. Now chairman of the network, he once called me when I was editing the Herald Sun to ask that I pull back one of my photographers who was camped outside his house on the picture editor’s orders in the hope of snapping the then Federal Treasurer as he stepped outside. It was an invasion of privacy, he argued, and I could only agree.

That newsrooms routinely invade the Hirds’ privacy shouldn’t surprise. Large chunks of the media haven’t given Hird or his family a fair shake in the four years since news of an investigation into Essendon’s supplements regime broke in February, 2013.

Within days of the press conference announcing that Essendon had self-reported to the AFL and the Australian Sports Anti-Doping Authority (ASADA), much of the football press had convicted the club and fingered Hird as the fall guy. That he preferred to stay and fight only irked them – and AFL headquarters – even more.

Throughout the saga, which has produced very few agreed facts, I’ve been stunned by how emphatic Hird’s staunchest critics have been. Do they have access to material the rest of us aren’t privy to?

While there are those who won’t be satisfied with anything less than a public execution, most fair-minded people would feel Hird has paid a sufficient price for his mis-judgements and is now entitled to rebuild his life, not as a Brownlow Medallist or a premiership captain but as a husband and father and businessman. He’s earned the right to heal as a private citizen.

Two weeks after that fateful 2013 press conference announcing Essendon’s self-report, I bumped into Hird at a sports event in Melbourne’s eastern suburbs. I’d employed him as a football columnist 20 years earlier when I was editing The Sunday Age. He always struck me as smart, engaging and thoughtful.

The pressure was already building on the Essendon coach on that February day but the worst of the ASADA investigation was still months away. We agreed to have lunch, “once this is all over”.

Suffice to say, we are yet to catch up. And I fear we never will, because too many people will never let it be over. But surely it’s time to at least get off his lawn.

Bruce Guthrie is co-founder and editorial director of The New Daily. He is a former editor-in-chief of The Age and the Herald Sun.