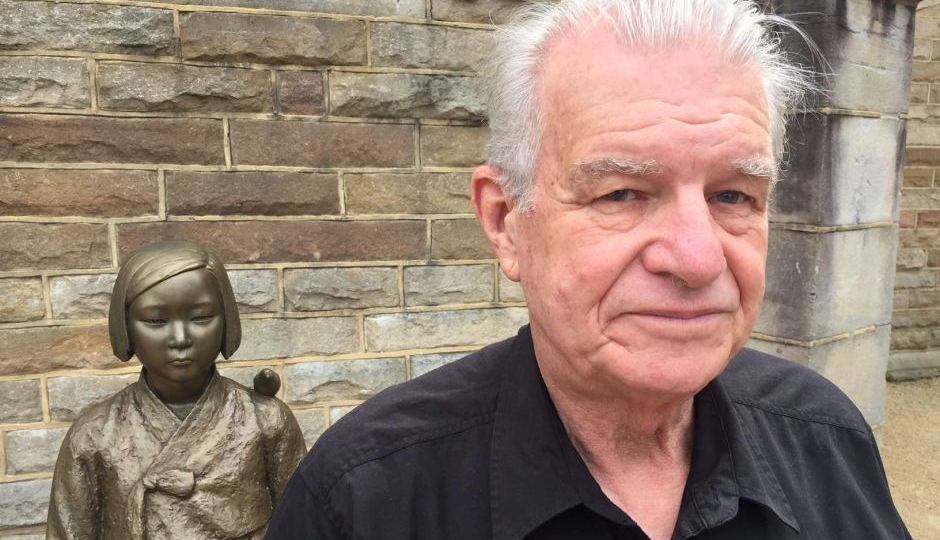 A memorial commemorating sex slaves of the Japanese Imperial Army in World War II has become the subject of a Section 18C racial discrimination complaint.

“We are not doing this for politics,” Australia-Japan Community Network president Tetsuhide Yamaoka told 7.30 from Tokyo.

“We are doing this only responding to the concerns raised by local mothers and fathers – the parents.”

The statue is on display at the Ashfield Uniting Church in Sydney’s inner west, where Reverend Bill Crews agreed to host it earlier this year.

It was erected by Sydney’s Korean community “in memory of the history of suffering endured by the young girls and women known as ‘Comfort Women’ who were forced into sexual slavery by the military of the government of imperial Japan”. 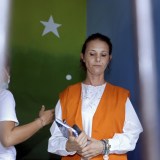 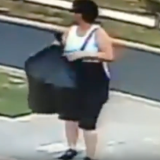 An estimated 200,000 women were forced to work as sex slaves for Japanese soldiers during WWII. The majority were believed to be Korean or Chinese.

The Japanese community lodged its official complaint with the Human Rights Commission, accusing the Uniting Church of breaching Section 18C of the Racial Discrimination Act.

Section 18C states it is unlawful to “offend, insult, humiliate or intimidate” a person on the basis of “race, colour, or national or ethnic origin”.

The complaint, obtained by 7.30, states:

“This hurtful historical symbol is detrimental to the local community and will only result in generating offence and racial hate.”

It says by hosting the memorial, the Uniting Church, church president Stuart McMillan, and Reverend Crews have, “offended, insulted, humiliated and intimidated the applicants because of their race, national and ethnic origin”.

In December 2015, the governments of Japan and South Korea agreed to settle the ‘comfort women’ issue, with Japan making another apology and agreeing to pay compensation to victims.

“We have seen many negative things happening overseas and start happening in Australia in relation to this ‘comfort women’ thing because it’s not a pure commemoration as such, it’s highly politically motivated,” Mr Yamaoka said.

Reverend Crews says he will not remove the memorial, despite the 18C complaint.

“It’s not against the Japanese people, it’s for the women who suffered in war.”

“To find that people are saddened by it really saddens me because it’s more about hope, it’s more about saying, ‘let’s build a better world where things like this don’t happen and never happen again’.”

Many Japanese dispute the accuracy of figures surrounding the ‘comfort women’ victims.

One member of the Australian-Japanese community – who wanted to be known only by her first name, Emiko – told 7.30 she believed only 20,000 women worked in the system, and they were not forced into slavery.

“In my opinion, using ‘sex slaves’ is not appropriate,” she said.

“Because they are prostitutes … they were paid really well. They earned enormous money.”

‘Classic example’ of why law needs to change

Coalition MPs, including Tim Wilson have been pushing for Section 18C to be altered or dropped, saying it threatens freedom of speech.

“The parliamentary committee looking into reform of 18C should be looking exactly at these types of cases, where the law is being used as a weapon to resolve a social or political debate,” Mr Wilson said.

A parliamentary inquiry is currently examining the Racial Discrimination Act and its affect on freedom of speech.

The committee’s chairman, Liberal MP Ian Goodenough told 7.30, “historical events should not be used to generate complaints under section 18C, especially when it is indisputable that the atrocities occurred”.