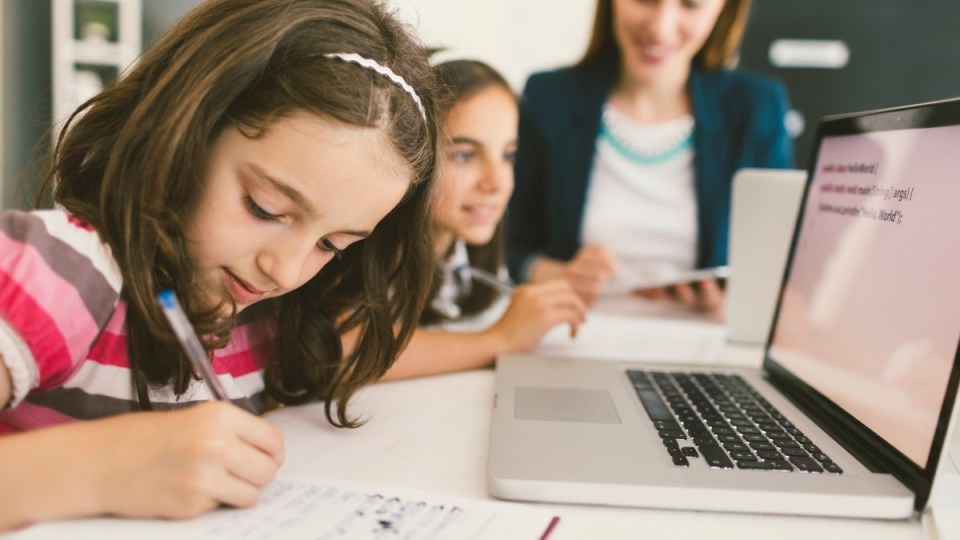 Year 9 students have gone backwards in writing since 2011. Photo: Getty

Australians are being urged to raise expectations on teachers and students, after the latest NAPLAN report revealed the academic performance of primary and secondary students had flat-lined since 2015.

And when it came to writing, Year 9 students have gone backwards since 2011.

The report, which was flagged in August, details the achievements of students in years 3, 5, 7 and 9 in examinations held across Australia.

Robert Randall, the CEO of the Australian Curriculum, Assessment and Reporting Authority (ACARA), said expectations needed to be raised.

“We need to step up from a more relaxed ‘she’ll be right’ approach and sort of say ‘actually literacy and numeracy are fundamentally important’.”

The report comes on the back of lacklustre results this month in the Trends in International Mathematics and Science Study (TIMSS) and the Program for International Student Assessment (PISA). 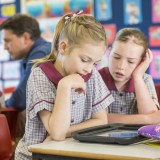 Aussie students fall behind the pack once again

“There are other countries whose results are better than ours,” Mr Randall said. “They are passing us if you like.”

“We are above international averages. But the question now is, is that enough? Could we do better?”

One of the areas that did show improvement was Indigenous education. For example, the Year 3 results detail a 17.1 per cent jump since 2008 in grammar and punctuation, and an increase of 12.3 per cent over the same period in reading.

Paul Van Holstein is the principal at Bradshaw Primary School in Alice Springs, where about 200 Indigenous students make up 40 per cent of the school population.

The school offers intensive literacy programs outside the regular curriculum that run for up to 20 weeks a year. It also offers after-school learning clubs, and the programs are delivering impressive results.

“The number of our Aboriginal students achieving the national minimum standard is improving, which is something I’m really happy about, and we’re also seeing some really great growth from Year 3 to Year 5.”

“We have some students that are making double or even triple the learning growth that they should be making across that two-year period.”

The ABC spoke to several Aboriginal children at Bradshaw Primary School, including Year 3 pupil Henry Brown who admitted the test had been tough.

“It was a little bit hard for me. But I got better the second time I did it,” he said.

The Federal Opposition said the report showed the gap between the haves, and the have nots, was growing.

“Kids who are growing up in rural or remote communities, Indigenous kids, kids with a disability, kids with English as a second language — all of these are generally achieving lower than their peers from more advantaged families, or more advantaged communities,” Labor’s shadow spokeswoman for education Tanya Plibersek said.

The next big change for NAPLAN will be online testing, to begin in 2017 with approximately 10 per cent of students participating in Western Australia, South Australia, Victoria, the ACT and Queensland.

By 2019, every student will be completing the tests online, and ACARA is hopeful it will provide more information for teachers.

“Instead of every student doing exactly the same test, we’re introducing what we call ‘tailored testing’ or ‘adaptive testing’,” Mr Randall said.

“So as the student progresses through the test they’re switched to more demanding or easier items, depending on how they go on the first set of questions.”

Mr Randall said that would allow educators to more accurately measure what students were capable of.

The new system has been trialled by students at Marion Primary School in Adelaide.

“I think the trickiest part will be for our Year 3s,” she said.

“They’re inexperienced in doing assessments online. And we’re particularly mindful about their typing speed for writing. But I expect that we’ll have an adjustment and be able to do that as a written assessment.”

Parents and students can preview the online-style tests before their school makes the switch by 2019 on the NAPLAN website.

Year 5 pupil Rosy O’Connor was optimistic about the change.

“The typing can be easier and makes sure that everyone can read it,” she said.

“I think once we get used to doing it, it will be fine. It’s just ’cause it’s all very new.”