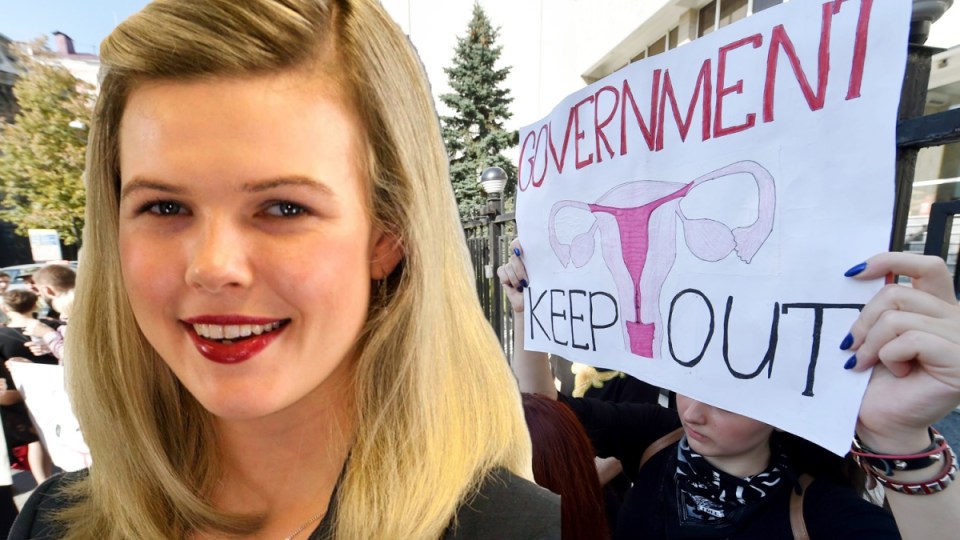 You may disagree profoundly Stephanie Ross’s view, but you should respect her right to hold her view. Photo: TND composite
analysis

Wow, what a few months it has been in politics. Brexit. Trump. Deplorables. Pauline Hanson climbing from the ‘swamp’ to the ocean complete with skin-tight rubber to declare the Barrier Reef safe.

Into all of this comes Stephanie Ross. As a young wannabe Liberal Party candidate, she stepped into the national media spotlight last week by declaring that abortions should not be allowed for those who suffer rape.

You don’t need to be a political-correctness-aware Liberal Party staffer to see the resultant media frenzy coming.

Ross did not step on one of the most predictable political land mines. She jumped up and down on it yelling ‘please go bang, please go bang’.

What we don’t see is people sticking up for her right to hold her views. The cornerstone of democracy is the facilitation of dialogue and the encouragement of difference. If we seek to silence difference we then suffocate democracy.

Now I will declare my colours on this. Rape is horrific. If a victim of rape decides that she wishes to abort a resultant pregnancy, I believe she should be allowed to do so.

I disagree profoundly with Ross’s view. I do however respect her right to hold her view, which seems to derive from her deeply-held Catholic faith.

OK, I might personally think there are some holes in the Christian narrative, yet a national parliament needs a cross-section of views on the Parliament floor. 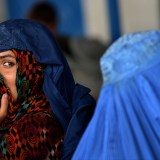 Why Australia needs a debate on the burqa ban 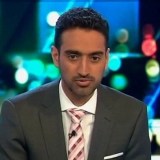 To me Ross isn’t someone to be condemned. Knowing the storm her opinion would create she should be congratulated for putting her view regardless.

What of the ALP, a party that has within it a number of Catholic-dominated unions for whom right to life is of critical importance?

I happened to be on the public Facebook feed of a prospective young Labor candidate at the time and I really hoped I’d read comments like: “I profoundly disagree with Ross and look forward to debating her on the issues and allow the public to decide who should represent us in Parliament”.

Even better would have been: “Like the Liberal Party, we in the ALP have a multi-faith membership and need to respect deeply held religious beliefs like this one, even though I disagree”.

Her feed was full of comments from followers like “F***ng Tories” – as if only conservative politics had pro-life supporters.

Many comments on the feed said things like “She shouldn’t be in parliament”. Or “She has no reasonable basis for that view”.

Since when is a deeply held religious belief not a reasonable basis to hold a view that has deep ethical and moral dilemmas? After all, religion has been the home of moral and ethical thinking since humanity first used a rock to crush a seed.

In the middle of all of this low-quality debate, but high-quality name-calling, we see evidence of ‘echo chambers’ and self-reinforcing silos where political debate has been replaced by people loudly supporting other people with whom they already agree.

Not so well thought-out use of single syllable swear words, partially hidden by not-so-subtle use of symbols such as “F@$&ing Tories”, don’t auger well for quality debate if these activists were to make their way up the greasy pole of politics.

Stephanie Ross’ beliefs were long-held and no secret. See below:

I hope both these young prospective candidates run for election but only if they engage in a contest of ideas. It would be a great sign for our democracy if both were to engage in political debate and resist the temptation for name-calling.

If, on the other hand, the next generation of leaders slips down the greasy pole and sinks into the so-called ‘swamp’, then maybe democracy is on its last legs.

Andrew MacLeod is a visiting Professor at Kings College London, a corporate director in Australia and the US, a former high level UN official and former CEO of the Committee for Melbourne. He can be followed on @AndrewMMacleod

Why the treatment of Stephanie Ross poses a big problem