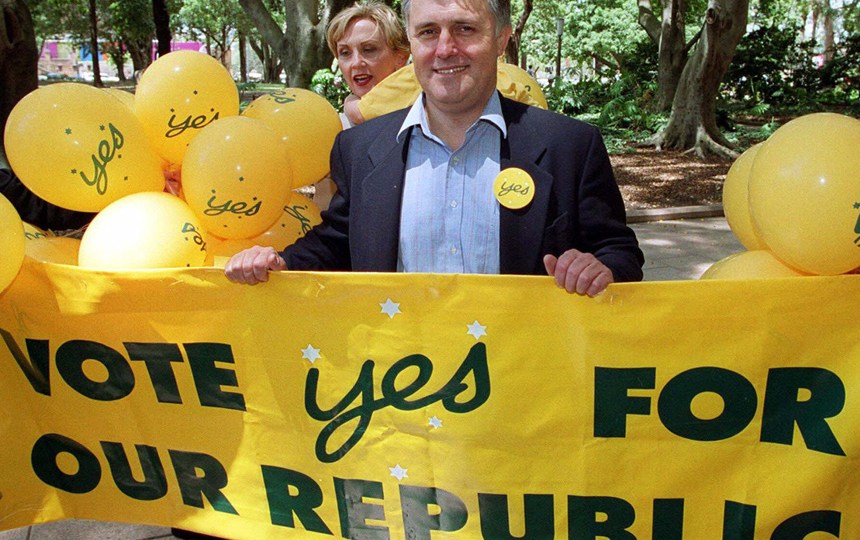 Malcolm Turnbull led the failed 1999 push for a republic. Now Labor is poised to have a second shot. Photo: AAP

Plans by Malcolm Turnbull to attend a fundraising dinner for the republican movement this weekend have been branded “provocative” by monarchists.

The Australian Republican Movement (ARM) has confirmed it will host Mr Turnbull at a dinner on Saturday night at Sydney University.

“It is a provocative move because he’s thumbing his nose in the eyes of the majority of Liberals who support a monarchy,” chair of the Australian Monarchist League Phillip Benwell told The World Today.

But ARM chairman Peter FitzSimons said he was “absolutely thrilled” to have Mr Turnbull speaking at the dinner.

“It is an occasion to honour those who’ve got us to this point and the Prime Minister is, of course, at the forefront of our founding fathers and mothers,” he said.

It is believed to be the first republican event Mr Turnbull has agreed to attend since becoming Prime Minister.

A former leader of the republican movement, Mr Turnbull has, as Prime Minister, avoided attempts to progress the issue.

Mr Benwell said Mr Turnbull’s attendance at the dinner would be a sign he had switched to “actively supporting” a republic.

“This is something that we’ve been fearing because he’s obviously looking for issues that will establish his credibility and the republic is obviously one of them and we would caution him on proceeding along that pathway,” he said.

He also warned it could lead to a split within the Liberal party, describing the republican issue as a “catalyst” for defections from the parliamentary party.