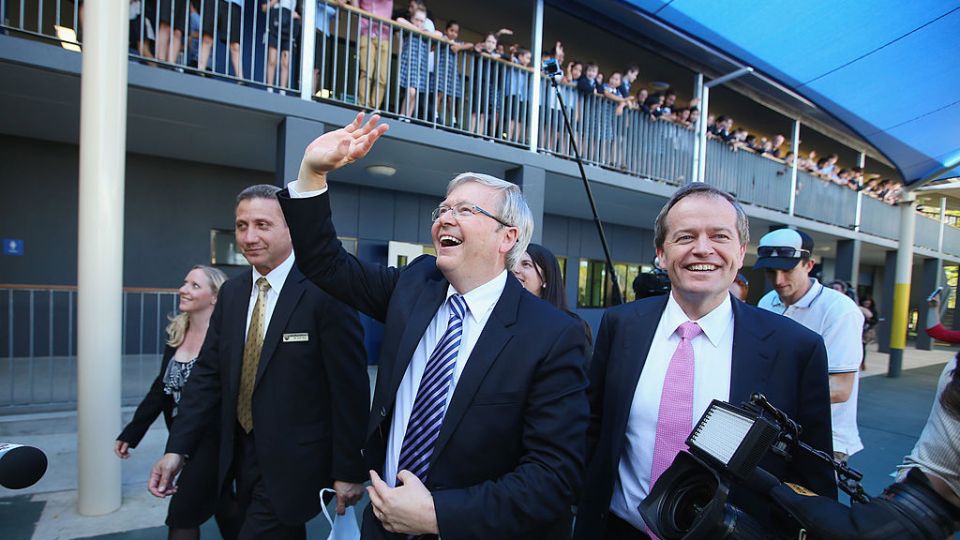 Mr Rudd wrote that taking on the factions within the ALP wasn't for the faint-hearted. Photo: Getty.

Kevin Rudd is warning federal Labor it has to rise above union-based factions if it wants to win government from opposition.

In what may be seen as a veiled swipe at former union leader and leader Bill Shorten, the former prime minister says the ALP can’t rely on winning the next election by default.

“The community embraces Labor leaders when they rise above the narrow demands of the union-based factions. Australians are not dumb,” he writes in an opinion piece published by Fairfax Media on Wednesday.

On the 10-year anniversary of becoming Labor leader, Mr Rudd admitted taking on the factions within the ALP wasn’t for the faint-hearted.

“I know from experience,” he says.

Mr Rudd defended his decision to change the way Labor leaders were elected, through a 50-50 ballot of the entire party membership, as well as the parliamentary party. 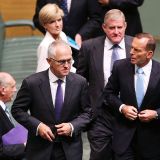 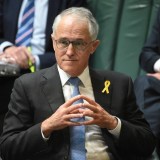 Has Malcolm Turnbull delivered on his pledges to Australians?

It was this rule change — that Mr Shorten’s principal backer Stephen Conroy railed against — that actually protected the opposition leader when there was threat of a parliamentary uprising against him once Malcolm Turnbull replaced Tony Abbott, he writes.

Mr Rudd also hinted that Malcolm Turnbull will not last the three-year term and take the Coalition to the next election.

“The Liberal Party are not sentimentalists. They will not sail happily into the next election with a leader taking them steadfastly into political oblivion. They will act”.

Mr Rudd further called on Labor to continue democratising the party and re-engage with the public on a new policy agenda.

“Those who rail against the arguments I advance in this article will allege I am anti-union,” he says.

“This argument is as cheap as it is untrue.”

Mr Rudd says he is, instead, anti-faction.

“I was the leader who campaigned successfully in 2007 for the defeat of John Howard, the repeal of his Orwellian ‘Work Choices’ Act, and the introduction of the Fair Work Act.”