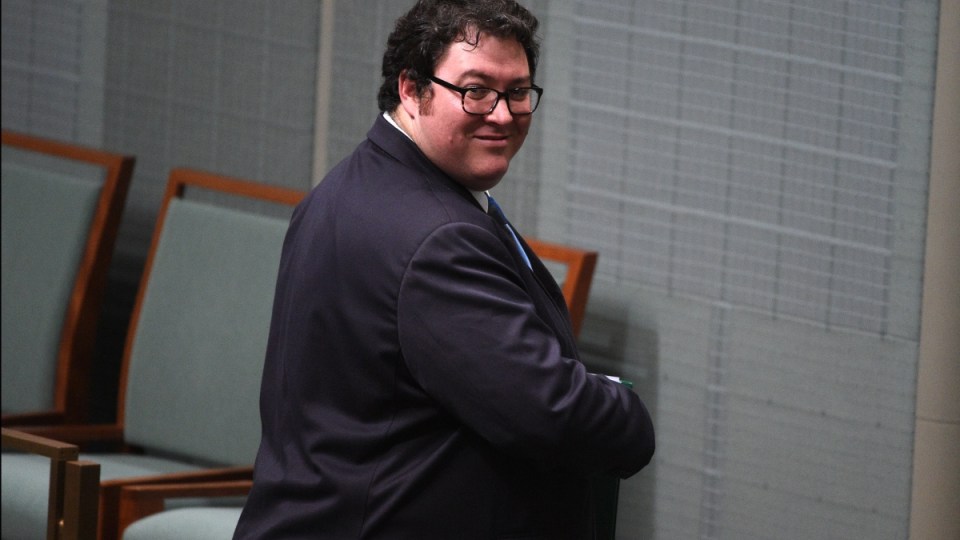 George Christensen had again threatened to cross the floor and defy the PM, this time over a banking royal commission. Photo: AAP

Maverick Queensland MP George Christensen has taken umbrage to Labor’s suggestion he has backed away from his support of a royal commission into the country’s major banks.

After declaring his support for a royal commission in various public forums in the last week, Mr Christensen voted against a Labor motion to ‘immediately consider’ a banking inquiry on Thursday night.

Mr Christensen told The New Daily on Friday he was still “100 per cent committed” to a royal commission on the banks, but wanted to see a draft Bill before voting on Labor’s motion.

His decision to vote against the proposal meant the Turnbull government was able to block debate on the issue by 75 votes to 74.

On Monday, Mr Christensen told The New Daily that he would “find it difficult” not to support a royal commission if it was put to the Parliament before the end of the year.

Mr Christensen said he was committed to seeing a royal commission established after his electorate office was inundated with complaints about ANZ’s treatment of farmers who had lost their properties. 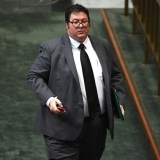 He cited the experience of a local farmer in his electorate, Brett Fallon, who is now suing the bank, as having changed his view on the merits of a royal commission.

Mr Christensen issued a statement on Friday confirming his ongoing position on the issue. You can read the full statement below.

Deputy Prime Minister Barnaby Joyce was quoted by Fairfax Media on Saturday as saying Mr Christensen has a future as a cabinet minister.

“I think at some stage in the future he is more than capable of running a portfolio and doing it well,” Mr Joyce said.

A war of words erupted on social media minutes after the vote was taken in the lower house, with Labor frontbencher Tony Burke highlighting Mr Christensen’s decision to vote against Labor’s motion.

The Queensland MP also came under attack from Twitter users who accused him of not backing up his rhetoric with action.

One critic said Mr Christensen was “all talk, no action” and another later wrote that the Nationals member was “full of it”.

A less polite account user advised the MP to “grow a pair”.

@GChristensenMP all talk no action mate and now you’ve teamed up with the Greens to make it harder to attract backpackers to farms. #auspol

Mr Christensen said he had not voted against a royal commission, as such, but had “voted to defer the matter until next year”.

He also claimed that Labor’s motion would not have formally established a commission of inquiry.

“I’ve clearly stated I won’t support do-nothing motions on RC into banks but will support a bill & motions to allow debate & vote on a bill,” he wrote on Twitter.

Nonsense. I voted to defer the matter until next year. True or false @Tony_Burke ?

Last night, after a mammoth sitting of federal parliament where we resolved the backpacker tax situation, Labor pulled on a stunt regarding a Royal commission into the banks.

I had informed my colleagues earlier in the week that if a motion on the Royal commission came up for a vote I would not vote against it and I may abstain or vote for it.

A third option appeared last night. As we were already over time for the sitting, I voted with the government to defer the matter until the next sitting of parliament. I believe that was right and fair so we can do the matter justice instead of rushing it through late at night.

Senators and MPs who are lying or don’t know what they’re talking about are peddling the tall story that I voted against a Royal commission into banking. This is clearly not true. The Hansard record shows there were only two votes last night; one to debate the matter immediately and the other to defer the matter until the new year.

Furthermore, if you look at the detail of the motion that was put up to vote on, I’m sad to say it would not have delivered a Royal commission. It was more a parliamentary whinge than a motion of substance.

Now I have indicated publicly that I want to support a bill to establish a commission of inquiry and motions of substance that lead to action, not just motions that are about political point-scoring or whinging.

In the new year, I intend to sit down with the Clerk of the House of Representatives to work out how I can assist in getting a private member’s bill on establishing a Commission of Inquiry into the banks brought forward for a vote.