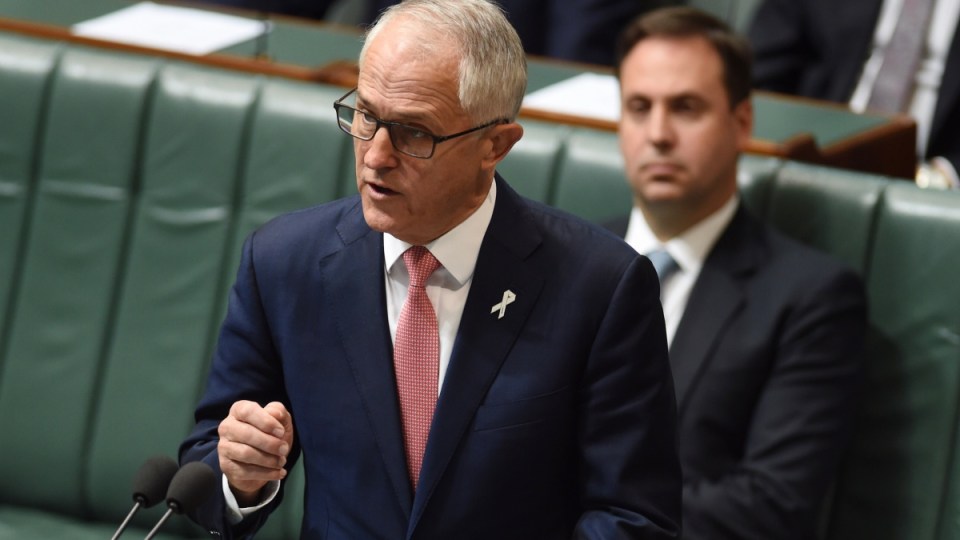 Malcolm Turnbull may be invited to make a rare address to US Congress. Photo: AAP
analysis

Malcolm Turnbull has had a 29-hour flight back from Peru to think about how he will end the parliamentary year better than he began it.

Before he left for the APEC Summit last week, he threw the dice one more time on two industrial relations bills that gladden the hearts of his party faithful.

The Registered Organisations Bill and the Australian Building and Construction Commission Bill were the triggers for the July double dissolution election. They are squarely aimed at some rigorous union-busting.

And just a reminder. The double dissolution is a device in the constitution to break a deadlock between the lower house and the Senate. 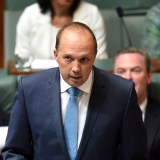 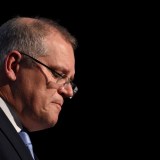 Budget to blow out by $24 billion: expert report

If, after the election, the Senate doesn’t pass the bills again, a joint sitting of both houses then gets a say.

But there is a terrible catch. Those bills are to be presented to the joint sitting in the form that triggered the poll. The constitution sees this as the way to give a majority of the newly-elected Parliament the final say.

But the tightness of the result almost certainly means Mr Turnbull doesn’t have the numbers for that to happen. So, in throwing his dice to finish the year on a couple of wins, the Prime Minister is busily horse-trading amendments with the crossbench.

In itself a failure of purpose and confirmation, July’s election win left the Coalition much weaker.

So if the amended bills can’t pass the Senate they are a dead duck and Mr Turnbull is an even lamer one.

Labor, by the way, is not too fussed by the prospect of the government actually winning support for the two bills, which will be considerably softer than the original Tony Abbott design.

For one thing, it would deny Mr Turnbull a weapon to beat Bill Shorten over the head. No more would his charge that the Labor leader is against the bills to protect the “thugs” in the militant CFMEU construction union have the same currency.

There is a feeling on the government backbench that Mr Turnbull urgently needs these last two sitting weeks to be a circuit breaker. But luck isn’t going his way.

No sooner does he pull off a coup in getting the United States to relieve our consciences by taking refugees off Nauru and Manus Island, than the Trump factor casts a huge doubt over the deal.

Then there is the economy: the one area that is always seen as a Liberal strength.

The week began with a new report from Deloitte Access Economics laying the groundwork for a stinker of a Mid-Year Economic and Fiscal Outlook next month.

It projects a further budget deficit blowout, the eighth since the Coalition took government and worse, a real threat to Australia’s triple-A credit rating.

But if Mr Turnbull trying to be positive doesn’t do the trick, Immigration Minister Peter Dutton has the answer: target Mr Shorten. Go the Labor leader on temperament and character.

Sound familiar? Didn’t work for Hillary Clinton, and whatever you say about Mr Shorten, he is no coarse bigot and misogynist.

Under attack in Parliament for playing with the fire of racism himself – he agreed with Andrew Bolt that prime minister Malcolm Fraser in the late 1970s made a mistake letting in Lebanese Muslim refugees – he brought out the grease gun.

“I’m not going to be misrepresented by this great fraud of Australian politics. I can assure you of that,” he thundered. Mr Shorten was a serial double-crosser and a union bully, Mr Dutton added.

Interestingly, Speaker Tony Smith, who has been exemplary, allowed the attack, though it flagrantly breached standing orders. Perhaps independence as an umpire can only go so far when your team is in trouble.

Mr Turnbull’s appeal in 2015 was that he was a politician that eschewed the low road.

Although attacking his opponent worked like a treat for Donald Trump, it would be the final confirmation that the real Malcolm Turnbull had left the building. And with him the cache that had him and the government riding high.