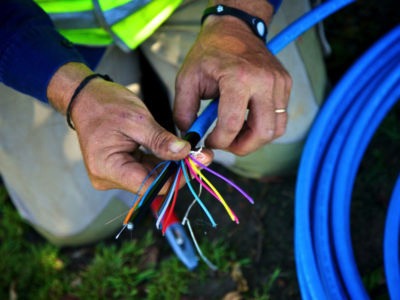 Telstra revealed it will improve its inter-city fibre network by adding up to 20,000km of cable. Photo: AAP

Poor speeds and drop-outs are among the biggest problems for people connected to the National Broadband Network (NBN).

The Telecommunications Industry Ombudsman’s annual report shows complaints about the NBN rose 147.8 per cent from the previous year.

“Faults and connections are the main issues, delay in connection is a typical complaint, and once they are connected consumers tell us that they’re experiencing what they believe are slow data speeds, unusable services and drop-outs,” ombudsman Judi Jones told the ABC.

Ms Jones said services were being improved as the roll-out continued, but it was a case of keeping a close eye on it.

“It’s not surprising that there are problems when you have that massive infrastructure roll-out where you’re touching so many people’s premises and trying to get something to operate smoothly where it’s got multiple hands in it, multiple parties working together,” she said. 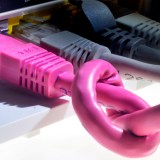 Why voters are angry about Australia’s internet

General complaints about internet services rose by 22 per cent to the highest level in five years, the report shows.
Communications Alliance chief executive John Stanton said NBN complaints had risen due to the increased speed of the network rollout.

Problems with NBN in some regional areas

Complaints about internet services in rural and regional Australian are also up.

Most of the complaints from regional and rural Australia were about delays to connecting a new service, faults, and problems with billing and payments.

Bundaberg, in Queensland, came in at number one on the list of top-10 postcodes for complaints about the NBN.

Carolyn Suggate is an organic farmer near Bonnie Doon, in north eastern Victoria. She recently had satellite NBN hooked up and said she had experienced frequent drop-outs.

“We’ve probably had 20 drop-outs in the seven weeks that we’ve had NBN.”
NBN user in Victoria

“The box goes orange and white when it goes offline so it’s not related to our data side of things, it’s that they just have outages and continual upgrades and sometimes those upgrades don’t go well.”

The ABC asked NBN Co’s Peter Gurney if situations similar to the one described by Ms Suggate were common.

“That sounds like a really disappointing experience and certainly one that we know is not reflective of the broader NBN experience,” he said.

“I guess without knowing the details specifically of that case, we would be wanting to make sure that end user is talking to the retail service provider and logging a fault so we can investigate that.

“I must say the vast majority of people who are on the NBN are having a very good experience, and in some cases they’re having connectivity where they didn’t have it before.”

Overall telecommunications complaints fell by 9.6 per cent to 112,518.

There was a 28.8 per cent decrease in the number of new complaints about mobiles, to the lowest level in nine years.

Complaints about problem areas such as coverage, excess data and roaming charges all decreased.