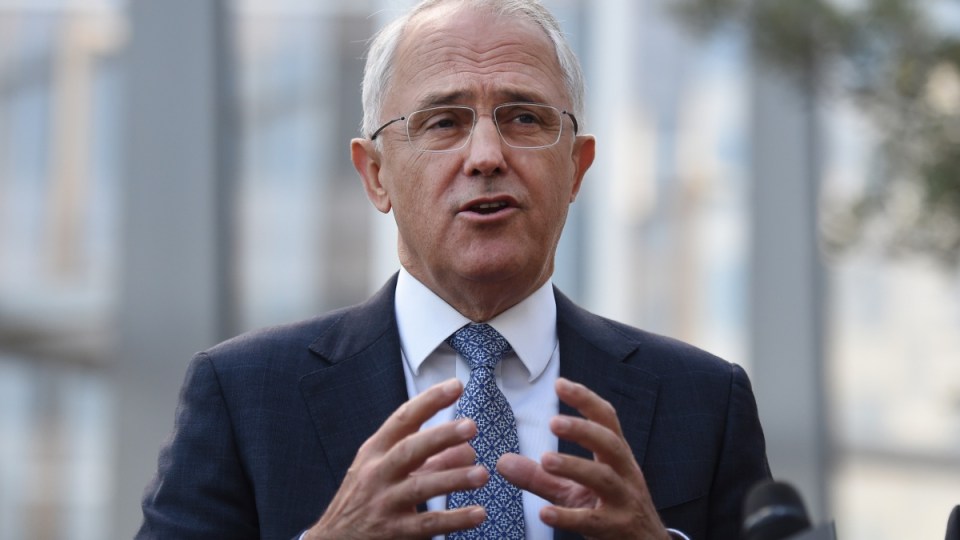 Donald Trump's 'post-truth politics' may be having an influence in Australia. Photo: AAP
analysis

It is now disturbingly obvious the world changes when the United States gets a new president. Especially if that president has forged a new political paradigm that can be best described as ‘post-truth politics’.

It’s post-truth in the sense that Donald Trump seized on the theory of the “big lie” and pushed it to the limit.

Mr Trump started early in his campaign with “crooked Hillary”, but that was only part of the framing. The other essential ingredient was a coarse sharing of voters’ prejudices, concerns and fears.

A whole kaleidoscope was in play – bigotry, racism, misogyny, xenophobia and nativism.

Then almost as if he had experienced some sort of Pauline conversion the moment he was elected president, Mr Trump began to recalibrate. 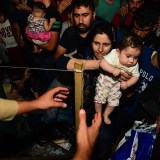 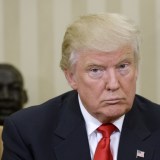 If you think a Trump can’t rise here, you’re wrong

The extraordinary first interview as president-elect seen on Australian TV on Monday night was a continuation of his acceptance speech as the great reconciler.

The Clintons are good people and Hillary a worthy opponent no less. Can you believe it?

Political leaders everywhere are struggling to come to terms with this erratic and contradictory display. The Australian Prime Minister is no exception.

In announcing what is a humane solution for the desperate men, women and children detained interminably on Manus and Nauru, Malcolm Turnbull has been hit by the Trump effect.

Will the man who demonised Muslims and illegal migrants during the campaign honour the deal Mr Turnbull has done with the Obama administration?

That deal would see 1600 United Nations-assessed refugees transferred to the United States for settlement. Australia will take an unspecified number of similarly assessed refugees from UNHCR camps in Costa Rica.

The head of an anti-immigration think tank in the United States, Mark Krikorian, told Fairfax Media: “This is the kind of thing the Trump administration will nix on day one.”

That gives the Turnbull government just two months to get the deal done if Mr Krikorian is right.

Mr Turnbull consoles himself with the thought that “there is only one US president at a time” and Barack Obama is still the one.

Also, the refugees Mr Obama is taking off Australia’s hands and conscience, are not additional to America’s annual refugee quota of 100,000. Of course, Mr Trump may believe that’s too high; Mr Obama raised it by 10,000 a couple of years ago.

Australia’s acceptance of the South Americans will be similarly within our quota of 13,750 refugees, which is rising to 16,250 next year.

Mr Turnbull sees his agreement with the US as mutually beneficial and in line with a ”long co-operation” between the two nations on humanitarian objectives.

He is hoping ‘Trump the reconciler’ will see it that way. So far he hasn’t discussed it with him.

However this plays out, the Trump effect seems to be influencing political discourse in other negative ways.

While Mr Turnbull has definitely raised the tone since becoming PM, something of the “big lie” has rubbed off.

He is irked by Bill Shorten’s appeal to xenophobia over temporary migrant workers taking Aussie jobs – itself definitely ‘Trumpist’ – and has hit back.

Without blushing, Mr Turnbull asserted that Mr Shorten is supporting a proposition that foreign backpacker workers should pay no tax at all. So how is that fair on Australian workers alongside them picking fruit and paying tax, he asked.

It’s not, and Mr Shorten isn’t proposing it.

Labor’s Joel Fitzgibbon condemned the PM for a “bald-faced lie”.

The Shorten proposal is for a 10.5 per cent tax on the first dollar earned by a backpacker. The Australian worker doesn’t pay any tax until they earn $18,200 when the tax free threshold is passed.

But before Australian politicians get too carried away with the success of post-truth politics – until now at least, leaders who are seen as mean, tricky and untrustworthy or to have broken promises have been marked down and out.

As they should be.

The Trump effect on Australia and the ‘post-truth’ paradigm