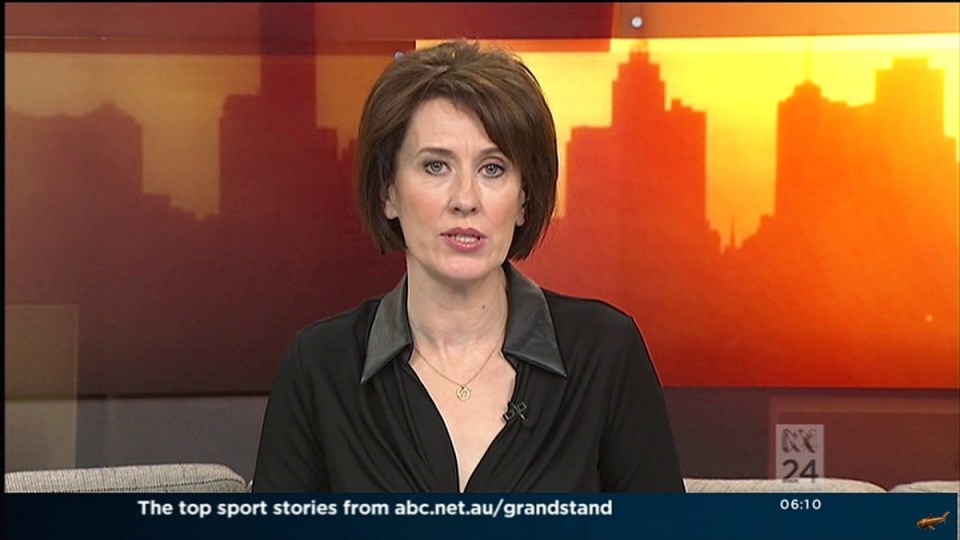 It is believed Trioli did not realise she was still on air when she made the comments at about 10am on ABC News 24‘s election special.

The New Daily has contacted ABC News 24 for comment.

Viewers watching the channel’s Live Web Feed on Wednesday morning heard the comments, the first relating to an image of Donald Trump sneaking a look at his wife, Melania, as she cast her vote in New York.

While many have speculated Mr Trump was checking to see his wife was voting for him, Trioli unwittingly told viewers he was more likely “looking at [Melania’s] t**s” – when she assumed they had crossed to a promotional message.

Trioli had in fact earlier tweeted the image, inviting viewers to caption it in exchange for a coffee with her co-host Michael Rowland.

Happy US election day! Caption suggestions please for this priceless pic. Winner gets coffee with @mjrowland68 when he's back. #USvotes16 pic.twitter.com/7Ceqlp54Xy

Viewers reacted on Twitter, some urging Trioli to stop speaking.

@ABCNews24 still playing online and they have no idea! Careful what you say @LaTrioli

@LaTrioli your audio is coming through on the web feed!

@LaTrioli for what it’s worth I think you’re right – Trump was looking ‘at her tits’, All the best work there on @ABCNews24

@LaTrioli we can hear you!!!

Correction: A previous version of this story stated Virginia Trioli argued Trump supporters “should be subjected to an IQ test”. This was incorrect. Ms Trioli was actually referring to some Twitter users who had accused her of supporting Donald Trump.