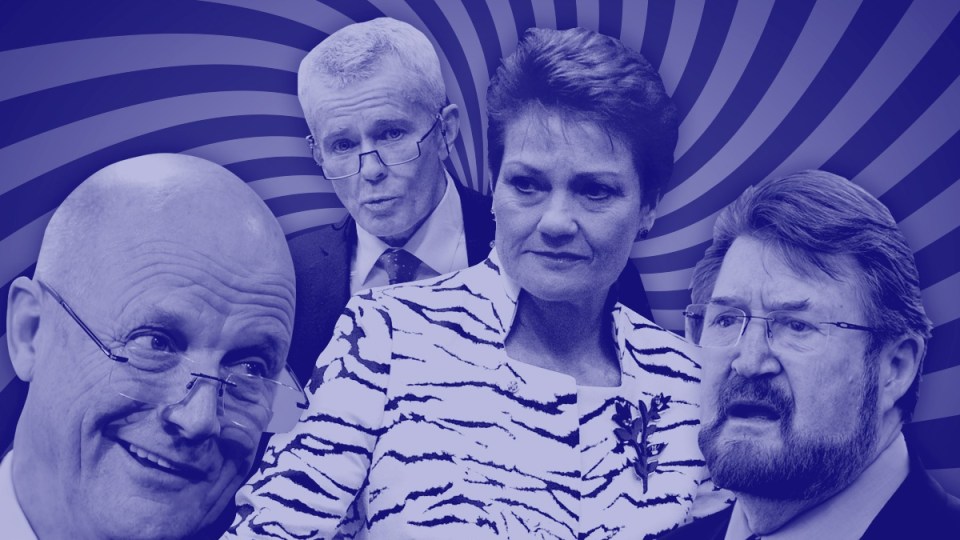 A diverse range of minor parties now hold the balance of power in the Senate. Photo: TND
analysis

If nothing else, and one has to go a very long way to find anything else at present, the comedic chaos of the Canberra Capers is a testament to the triumph of democracy.

What we are seeing is the manifestation of democracy in its purest form. You want to run for Parliament? Go ahead, it’s a free country. Knock yourself out.

What a beautiful system.

Where would we be without it? We, the people, have the power to influence the formation of government. We can bring the nongs in and we can boot them out. 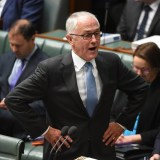 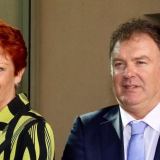 What a delicious endowment of our control, what a splendid mechanism for revenge. Also, we can fill a couple of trams with votes and get elected.

We can see a man elected to parliament (hello Ricky Muir) who secures 0.51 per cent of the primary vote (17,122 first preference votes). He took preferences from 23 other groups ranging from Australian Sex Party, Family First, Rise Up Australia and Bullet Train for Australia. His party? The Australian Motoring Enthusiast Party.

It is in the Senate where the people’s control is less answerable to the major parties that democratic nongdom is truly awe-inspiring.

It’s a thing of beauty. (This is not to say this state of being is exclusive to the upper house, but it seems to flourish more there than in the lower house.)

If only American writer H.L. Mencken could be here. He observed:

Democracy is a pathetic belief in the collective wisdom of individual ignorance. I confess I enjoy democracy immensely. It is incomparably idiotic, and hence incomparably amusing.
H.L. Mencken

One might have called these observations cynical, but then again it doesn’t make them less true.

Democracy may be inclusive in concept, but it’s not so in consequence.

It allows all manner of people to be elected, so long as they haven’t stolen a tow-truck key (hello Rod Culleton) or been a businessman (likewise Bob Day) whose business has gone bust and has trouble with what is basically office admin stuff.

Democracy is the mirror to our nation, and those who sit, rant and sleep in its chambers in the capital are the figures in the glass.

No qualifications to govern or decide complex legislation? Doesn’t matter.

No breadth of mind to accept differences in others, or to allow that others might have conflicting but not necessarily wrong views? Doesn’t matter. Welcome.

We call it democracy.

Prime Minister Malcolm Turnbull this week posited the view that “politics is governed by the iron law of arithmetic’’. This is true.

Either you have the numbers or you do not. Take note, budding politicians in the third grade. Keep up the maths.

It is a wonderful and glorious thing touched with irony that a party with a foundation built on division is called One Nation.

How pure the embrace of our system that we can accommodate its permanent state of simmering apoplexy. It has members in parliament. It obviously must have support.

One of those members is Senator Brian Burston, from the Hunter Valley in NSW.

Now everyone can believe whatever they like so long as they harm no one else. Keep their views in the shed at the bottom of the garden. Don’t lose the key.

But here is the inherent paradox of the system. People must have liked what they heard when he opened the door and let his beliefs out.

You want democracy? You got it.

Still, the senator is a nong. In his maiden speech to parliament, Senator Burston called for the defunding of the ABC. It had fallen foul to a “cultural Marxist takeover” (those damn Marxists, again).

The senator opined: “A fair balance might be struck by leaving the minority ethnic channels intact while transferring funding from the ABC to establish a new channel that might be called the Patriotic Broadcasting Corporation, whose explicit mission would be to represent the identity and interests of mainstream Australia.” The nation needed to do this because it had lost its “Anglo-Australian identity”.

“How things have changed since the 1950s and 1960s; back then we were poor but we knew implicitly that Australia belonged to us.”

This is pure One Nation drivel. Leader Pauline Hanson has banged on about this since she stuck her head above the battlements. The senator is actually talking about possession – same as it’s always been in this country. But this time the whites are the dispossessed. Sorry.

But one can’t go back. The past may live in the present, but equally the past is a foreign country and, as time passes, this country recedes further from the horizon.  No amount of patriotism can change that.

And no amount of commonsense will rid the world of nongs. Bless them and democracy.

Warwick McFadyen is a freelance writer and editor

The unstoppable rise of political nongdom