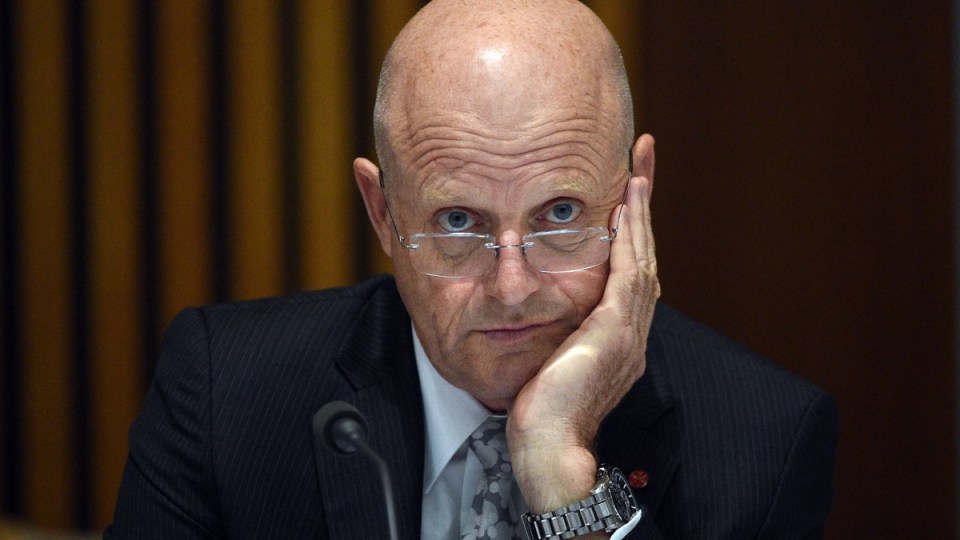 David Leyonhjelm has forestalled a sheriff's visit by agreeing to pay Sarah Hanson-Young's defamation award into court, with his appeal to be heard in May. Photo: AAP

Adler Arms Corp, the Turkish manufacturer of the A110 lever-action rapid-fire 12 gauge shotgun, will not legally be entitled to distribute its product to Australian consumers for the indefinite future.

After assembled state and Commonwealth ministers failed to reach consensus on Friday about an appropriate risk assessed classification for the Adler, it appears the gun lobby, in particular Liberal Democrat cross bench Senator David Leyonhjelm has shot itself in the foot.

By drawing attention to a 2015 email he received from Justice Minister Michael Keenan and Immigration Minister Peter Dutton, Senator Leyonhjelm has managed to unify former PM Tony Abbott, current PM Malcolm Turnbull and most of the remainder of the Commonwealth and state parliamentary memberships against any watering down of John Howard’s Port Arthur gun laws.

And on Friday Justice Minister Keenan announced another gun amnesty in which Australians with unlicensed, unauthorised or stolen weapons could surrender them without any criminal sanctions.

This follows advice from law enforcement agencies that a black market  had substantially raised the number of guns in circulation.

Mr Abbott dissociated himself from the Leyonhjelm email and any suggestion he had agreed to the watering down of gun controls.

In a major rift the Prime Minister declared that the Keenan/Dutton negotiation with Senator Leyonhjelm was conducted with the knowledge of the then prime minister’s office. Mr Abbott’s former chief-of-staff, Peta Credlin, has corroborated Mr Abbott’s denial of any personal agreement to sunsetting the Adler shotgun ban.

While Senator Leyonhjelm, a civil libertarian, has argued that current licensing restrictions would ensure the firearm could only be purchased by legitimate users, police advice to government has indicated that ready market availability of Adlers would pose an unacceptable risk through the black market in stolen weapons. Counter-terrorism considerations were also part of the police risk assessment. 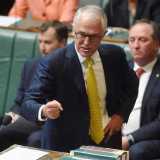 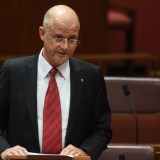 Senator Leyonhjelm has been a campaigner against ‘nanny state’ regulations restricting civil liberties and on Friday was reported by the Sydney Morning Herald to have appeared in a 2013 rally denouncing Queensland police moves to deny gun licences to identified affiliates of outlaw motor cycle gangs.

He was taped saying: “For myself. I am never going to help someone who thinks its OK to pull me up, search me and threaten me with jail if I don’t answer their questions, merely because I ride my motorcycle in company with a couple of other people. If that’s what they think, they can lie on the side of the road and bleed to death”.

Two years ago Senator Leyonhjelm recorded a video for the National Rifle Association of the United States in which he decried Australia’s Howard-initiated gun controls.

“The criminals still have guns, there’s no shortage of guns. There’s a very vigorous black market for guns, so it’s really not made the slightest bit of difference.”

“It’s a defenceless country these days. I am absolutely in awe of the success of the NRA at holding back the tide and it never gives an inch.

“We love the NRA here in Australia amongst us gun owners and in fact we rely on you guys to also help us hold the line in Australia.”

The gun at the centre of the feud

Adler Arms Corp has been in existence since 2007 and its shotguns are popular with hunters firing at moving targets.  The Adler A110 can fire seven rounds in about 11 seconds if competently operated.

Significantly both the New South Wales Police Commissioner Andrew Scipione and the NSW Police Association are opposed to any relaxation of the import ban on the eight shot Adler.  There are an estimated 7000 six-shot Adlers already in the warehouses of Australia and available for purchase by licensed gun owners under a Categroy A classification, which also covers air rifles.

How the Australian gun lobby shot itself in the foot