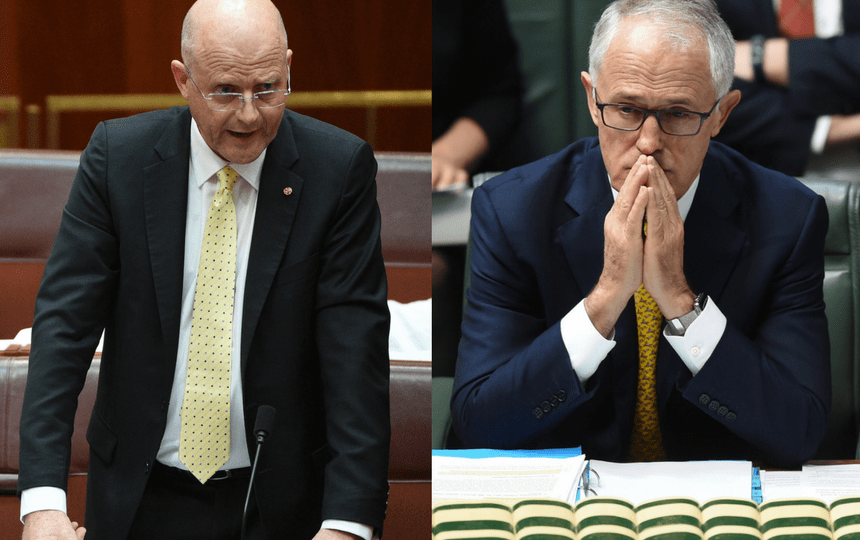 The Prime Minister and two of his senior frontbenchers have been accused of ‘horse-trading’ for parliamentary support at the expense of the country’s gun laws.

Pro-gun senator David Leyonhjelm on Tuesday released emails dating from 2015 he claims shows the government previously offered to cut a deal to lift Australia’s ban on a controversial lever-action shotgun in return for his support.

Senator Leyonhjelm revealed that he would only vote for the government’s bid to re-establish the controversial Australian Building and Construction Commission (ABCC) if the government moved to allow imports of the rapid-fire, eight-shot Adler shotgun.

Prime Minister Malcolm Turnbull earlier refused to address speculation the government would do a deal over the shotgun, telling parliament the ban was “set in stone”.

In response, Senator Leyonhjelm released the 2015 emails sent between his staff and the offices of Immigration Minister Peter Dutton and Justice Minister Michael Keenan showing the Coalition pair had agreed to lift the ban on the Adler 110 lever-action shotgun in exchange for his vote against a Labor proposal to amend the Migration Act.

Senator Leyonhjelm was aggrieved that he had delivered his side of the deal but the Coalition had not in August 2015, saying he had been “dudded”.

“It’s a matter of trust,” Senator Leyonhjelm told reporters. “I have been dudded on a deal.” 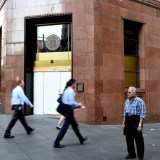 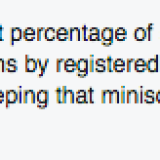 The Abbott government introduced a temporary import ban on the Adler shotgun in 2015. It was set to expire in July 2016, but was extended.

With the capacity for seven shells in its tube and one in the barrel, the gun can fire eight shots in a short amount of time.

The states and the Commonwealth had been negotiating to have the shotgun reclassified under a stricter category, making it harder to obtain.

The shotgun remained under an import ban while those talks were ongoing.

Labor seized on the email during Tuesday’s question time and repeatedly pressed the Coalition on the deal with Senator Leyonhjelm.

Neither Mr Keenan nor Mr Turnbull addressed the deal outlined in the email, but Mr Keenan explained the “sunset clause” was meant to be temporary.

“Ministers put in a sunset clause so you can have another conversation going forward,” he said. “The government has always been 100 per cent clear in our position that we will restrict their [the shotgun’s] import until we get an agreement with the states about how they were to be classified.”

This is despite the email stating: “The effect of the sunset clause would be that 12 months after this amendment comes into effect the ban will automatically cease to be in place.”

He told Sky News that Tuesday’s saga was “a giant red herring that frankly people are falling for at the moment”.

.@PeterDutton_MP: there were 'two separate discussions' on migration bill and gun ban despite emails linking the two https://t.co/lZFFwUARLZ

The New Daily approached Mr Dutton, Mr Keenan, Mr Turnbull and Tony Abbott (the PM at the time of the deal) with questions about the agreement.

Spokespeople for Mr Keenan and Mr Dutton referred The New Daily to Mr Keenan’s responses in question time, while Mr Turnbull and Mr Abbott’s offices did not reply.

Mr Abbott did offer this addition to the debate via Twitter:

Disturbing to see reports of horse-trading on gun laws. ABCC should be supported on its merits.

The Coalition government is working to secure the support of some of the Senate’s 20 crossbenchers to pass the ABCC legislation.

Its commitment to the ABCC – along with the Registered Organisations Bill – triggered the September 2016 double dissolution election.