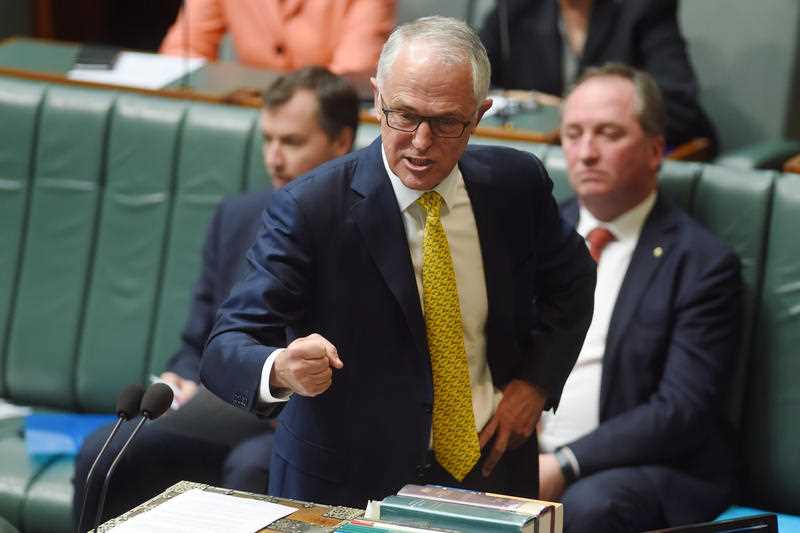 Prime Minister Malcolm Turnbull has confirmed an import ban on the Adler shotgun is “set in stone”, distancing himself from reports it may be relaxed to gain support for the construction workplace bill.

His comments came as former prime minister and now backbencher Tony Abbott said it was “disturbing to see reports of horse-trading on gun laws”.

A temporary import ban on the high-capacity Adler shotgun was introduced under the Abbott Government in 2015 and was set to expire in July, but the ban has been extended.

Crossbench senator David Leyonhjelm, who has long advocated for the import ban to be lifted, has accused the Government of breaking a deal with him to see the laws changed last year.

Senator Leyonhjelm has now suggested it could be a condition of his support for the reintroduction of the Australian Building and Construction Commission (ABCC).

Opposition Leader Bill Shorten moved to suspend standing orders in the House of Representatives today to pressure Mr Turnbull to rule out watering down the gun laws.

“The Prime Minister has on at least five occasions just this morning refused to rule out trading away John Howard’s gun laws to pass the Abbott Government’s industrial relations bills,” he said.

Mr Turnbull accused the Opposition of creating a distraction from the Government’s industrial relations reforms.

“That ban will remain in place until such time as there is a satisfactory reclassification of these guns by the COAG committee,” he told the chamber.

I have been dudded: Leyonhjelm

Labor and the Greens oppose the ABCC bill and the Government needs nine crossbenchers on side to get the bill through Parliament.

“I had a deal with the Government that they reneged on,” Senator Leyonhjelm said.

“Needless to say I am cranky about it, but it isn’t the only thing on the table.”

Senator Leyonhjelm told Radio National he was not calling for a broader relaxation of gun laws and was willing to discuss other concessions with the Government.

Gun-control advocates have supported the import ban due to the Adler’s fast firing rate and seven-shot magazine.

Mr Turnbull dodged direct questions about his negotiations on the ABCC, but praised former prime minister John Howard’s gun reforms after the Port Arthur massacre as “one of the great prides of the Coalition”.

“I want to stress to you that we have the most, if not the most rigorous laws on the regulation of firearms in the world,” Mr Turnbull said.

The Adler as featured on ABC’s 7.30 report

“We’ve had bipartisan support for strong gun laws in this country since Port Arthur and we can’t afford to take a backwards step,” she said.

“I hope David Leyonhjelm isn’t using that [Adler shotguns] as some trade off on the ABCC.”

“The problem with horsetrading is sometimes you end up with a donkey or worse still, you end up making an ass of yourself,” he said.