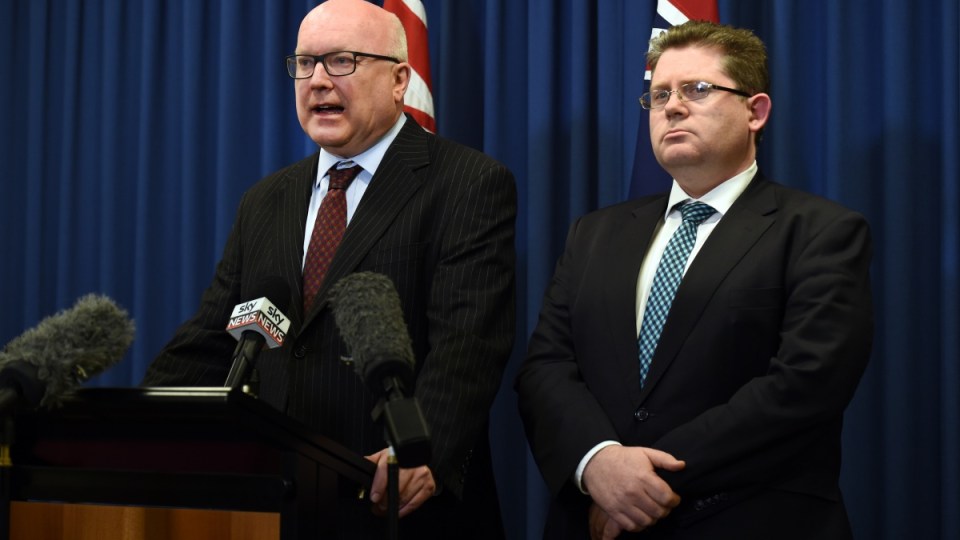 George Brandis made an impassioned plea to Bill Shorten not to play politics with the plebiscite. Photo: AAP

Attorney-General George Brandis made an impassioned plea to Labor’s Bill Shorten after a meeting to break the marriage equality impasse ended in farce.

“The only person standing in the way of this is Mr Shorten who continues – I’m sorry to say – to play politics with this issue. … I appeal to the better angels of Mr Shorten’s nature.”

Those better angels would, according to the Attorney-General, see the Labor leader stop playing politics with “gay peoples’ lives”. In fact the politics of the same-sex marriage plebiscite began 14 months ago.

Tony Abbott, in a manoeuvre that still rankles with many in the parliamentary Liberal Party, imposed the plebiscite as a way of blocking a free vote and delaying marriage equality. 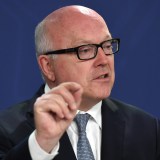 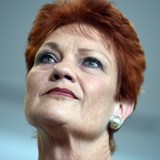 But it was government policy taken to the election. Both Prime Minister Malcolm Turnbull and Senator Brandis see it as an election promise they intend to keep. Both men readily acknowledge the reality of a Parliament where they lack the numbers in the senate.

This is where it gets curious. Senator Brandis signalled a week ago that he was prepared to compromise and negotiate the process and design of the plebiscite. He followed up by inviting his shadow Mark Dreyfus, and Labor’s equality spokesperson Terri Butler to a meeting in his Brisbane office.

They went expecting Senator Brandis to put a revised plan on the table. He says he expected Labor to come with a list of things they wanted changed. Both men claimed surprise when no offers were forthcoming.

Ms Butler says it was a “fruitless circular meeting”. Labor did put a position: It doesn’t support the plebiscite but a free parliamentary vote. This is what it took to the election.

Whatever you believe about mandates, the Coalition as the government gets to call the shots on introducing legislation. But to get its bills through the senate it needs persuasion, negotiation and compromise. Anything less, as Bill Shorten says, is “the height of arrogance”.

It is surely more surprising that Senator Brandis didn’t indicate, for example, that he could move on public funding or to ensure that the outcome of the plebiscite was binding on Coalition MPs and senators. It may not have been enough but it is his plebiscite that he is trying to save.

Making his job harder on Monday was Deputy Prime Minister Barnaby Joyce telling The Daily Telegraph that there was no room to compromise. When Mr Dreyfus put these views to Senator Brandis, the Attorney-General assured him that less than an hour earlier the Prime Minister contradicted Mr Joyce.

If that was not convincing, it is hardly surprising. In this matter it is Mr Joyce and most of his Nationals calling the shots. They are aided and abetted by Tony Abbott and his allies. They will tolerate no backsliding.

Mr Shorten attacks the Prime Minister as weak and a captive of the right. He says that before being Liberal leader, Mr Turnbull saw a free vote was the best way to go. The government counters that Mr Shorten three years ago was more relaxed about a plebiscite.

So both men have changed their minds. In Mr Shorten’s case it was always in the context of delivering marriage equality. In Mr Turnbull’s it was in the context of keeping his conservatives on side and winning over enough of their party room votes.

Outspoken Queensland National George Christensen, unlike his leader Barnaby Joyce, says a binding plebiscite wouldn’t worry him. But what does worry him is the thought of a free vote. He suspects there are more Liberals in this Parliament who support marriage equality.

Australian Marriage Equality also thinks the numbers are there to end this last frontier of legal discrimination against LGBTI Australians.

Only naked politics is in the way.