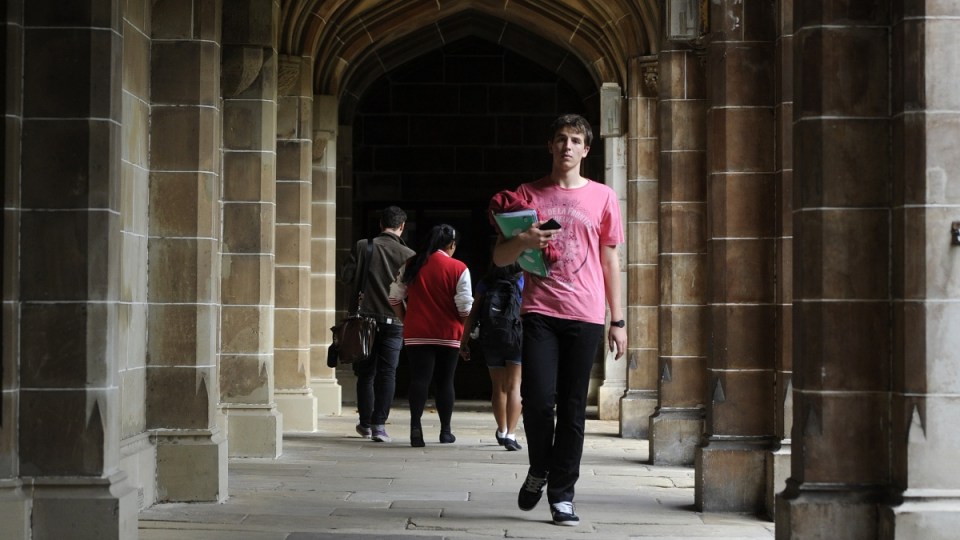 The University of Melbourne has been named as a hot spot to prey on vulnerable women in a creepy online forum. Photo: AAP

Six Australian universities have been ranked among the best 100 in the world, according to the latest Times Higher Education (THE) world rankings index.

Oxford topped the list as the world’s leading university, followed by the California Institute of Technology, Stanford and Cambridge.

The annual rankings comprise the top 980 universities worldwide, judging them across the categories of teaching, international outlook, research, citations and industry income.

The United States had 63 institutions in the top 200, while the UK had 32 and Australia had eight.

“In general, Australia’s leading universities produce highly influential research and are successful at both attracting top international talent and collaborating with scholars from across the world,” THE world university rankings editor Phil Baty said.

It appeared the Excellence in Research for Australia initiative, launched in 2010 to evaluate universities on the quality of their research, was paying off, he said.

This year 24 Australian institutions either moved up in the rankings or held their position and another four came onto the rankings for the first time.

But Mr Baty warned Australia would need to keep an eye on the “higher education superpower” of Asian universities, with more rising up the list in 2016.

The region’s top institution, the National University of Singapore, was ranked 24th.

“Although the notion of Asia as the ‘next higher education superpower’ has become something of a cliche in recent years, the continent’s rise in the rankings is real and growing,” Mr Baty said.

“Australia’s success at the top of the rankings cannot be guaranteed in the long-term while more of Asia’s leading universities soar to join the world elite.”