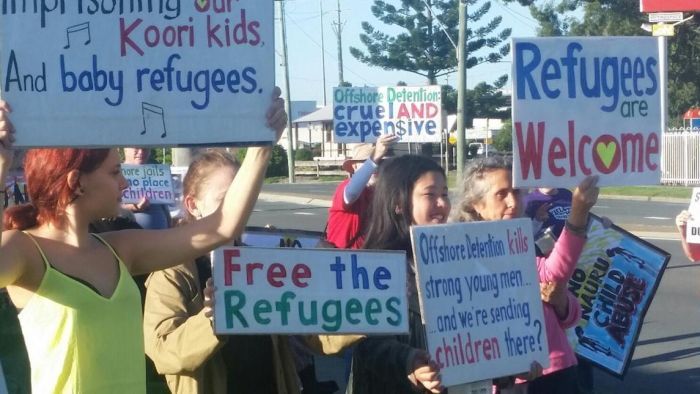 Immigration Minister Peter Dutton has left the door open to refugees on Nauru being resettled in New Zealand.

The Australian Government has repeatedly talked down New Zealand as a third-country option for refugees on Nauru and Papua New Guinea’s Manus Island.

In 2013, New Zealand offered to take 150 people a year — an offer that is still on the table but has not been taken up.

Mr Dutton has told Al Jazeera it was a matter for Nauru and New Zealand.

He did, however, stress that no-one would be sent to Australia.

“We have had people smugglers that have tried to send boats across the top of Australia to New Zealand before,” he said.

“Let me make this very important point that people — if they’ve sought to come by boat — it doesn’t matter where they’re resettled, New Zealand or somewhere else, they will not be coming to Australia at any point.”

Mr Dutton has previously said he would be seeking Labor support to ensure that processed refugees who gained passports in their resettlement country would not be allowed to travel to Australia.

“There likely would be a change to some law that we would need Labor to support and we’ll wait and see whether they do support that,” he told radio station 2GB last month.

“But I’ve made it clear that even if people are granted citizenship elsewhere, they’re not then coming to Australia.”

Speaking after meeting with Prime Minister Malcolm Turnbull in Sydney, Mr Key said it was “potentially possible” for New Zealand to take refugees.

Mr Turnbull said Australia appreciated the offer, but that the Commonwealth remained “utterly committed” to not giving encouragement or “marketing opportunities” to people smugglers.

In June, Foreign Minister Julie Bishop said that New Zealand was not an “ideal” option.

“It would send a message to the people smuggling trade that you can get to New Zealand and then, presumably, to Australia,” she said.

According to the latest statistics from the Department of Immigration and Border Protection, 411 people were counted as living in the Nauruan centre.