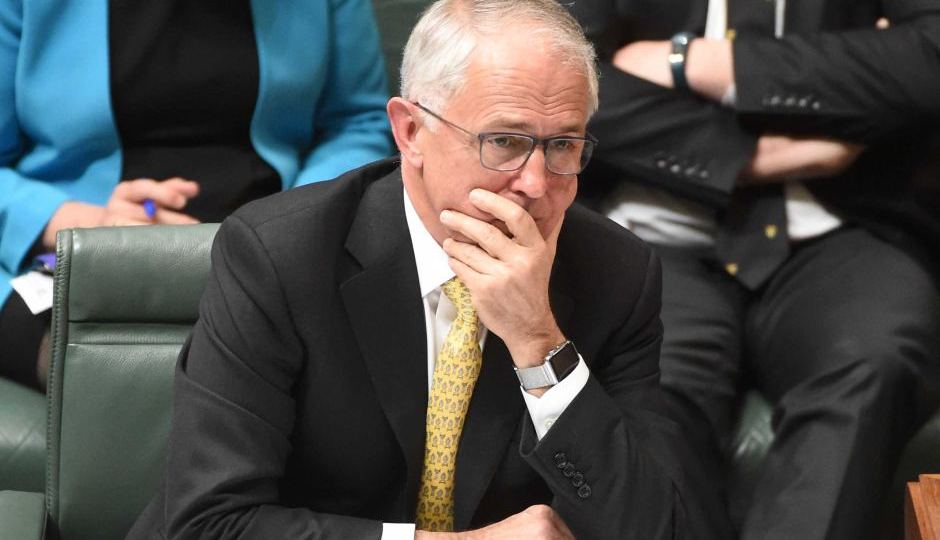 The Coalition's primary vote has tumbled to a record low under Malcolm Turnbull. Photo: AAP

The debate on same-sex marriage is hitting taxpayers’ wallets as the government and churches tussle over whether millions should be forked out to fund campaigns during the plebiscite.

Prime Minister Malcolm Turnbull is expected to reveal details of the planned plebiscite to his party room on Tuesday.

He’s likely to come under pressure from churches if those plans don’t include public funding for the “no” and “yes” cases.

One of the country’s most senior Anglican leaders, Archbishop of Sydney Glenn Davies, says Mr Turnbull promised him in February taxpayer money would be forthcoming, News Corp reports.

The PM’s office has rejected that interpretation of the conversation, saying he only indicated that if there were public funding, it would be given equally.

A month later, Archbishop Davies reportedly met with Attorney-General George Brandis, who asked how much money would be appropriate.

It could be more than $10 million for each side, on top of the estimated $160 million cost of running the national vote.

Senator Brandis said on Sunday there had been a very thorough process of consultation with all sides. 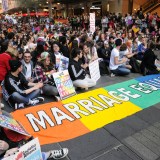 “What those stakeholders have been told on all occasions is that in arranging or designing the architecture of this plebiscite, both points of view … will be treated by the government with strict equality,” he told reporters in Brisbane.

He acknowledged the plebiscite would be an expensive exercise and said the government was seeking to keep costs as low as possible.

Australian Christian lobby boss Lyle Shelton tweeted that he was at the February meeting and the archbishop’s recollection was correct.

“Either (Mr Turnbull) has lied to church leaders or he is now lying to the Australian people,” she said.

Labor and lower house crossbenchers will put separate bills legalising same-sex marriage to parliament on Monday and the latter group has written to Opposition Leader Bill Shorten urging him to ditch Labor’s bill and get on board with theirs.

They say only legislation that is not “owned” by any one political party has a chance of attracting Liberal support.

“Sure there are homophobic people in our community, course there are, just as there are some racists,” the former Prime Minister told Sky News.

“(But) the implication from many on the progressive side of politics is that if you don’t support same-sex marriage you are a homophobe, that’s absurd.”

Mr Howard’s government explicitly defined marriage in 2004 as being between a man and a woman.