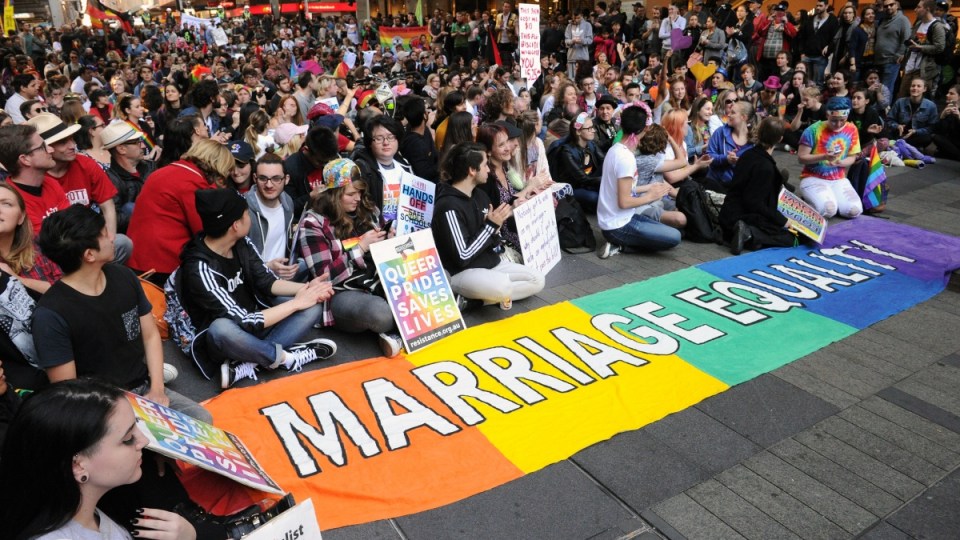 The Coalition needs the support of an additional nine Senators to pass the legislation. Photo: AAP

The Greens will vote against legislation to enable a same-sex marriage plebiscite when it is brought to parliament.

The Coalition has pledged to hold a national vote to decide whether gay marriage should be legalised.

The Opposition and the Greens have instead called for a vote in parliament, though the latter is the only party to confirm its members will block the legislation.

Greens leader Richard Di Natale told the ABC the plebiscite would be “harmful” and “divisive” and would result in hate speech directed at the LGBTI community.

“We’re speaking to people in the sector right now who are worried that we’ll see young people take their lives on the back of a hateful and divisive debate in the community,” he said.

“It’s expensive and we just don’t think we should be putting issues of fundamental human rights to a popular vote.”

The Coalition needs the support of an additional nine Senators to pass the legislation, though the three Nick Xenophon Team Senators and Derryn Hinch have cast doubt over the plebiscite.

If they vote against it, it means the Government needs Labor’s support. Earlier this month Opposition Leader Bill Shorten left the door open to supporting legislation for the plebiscite.

Mr Shorten said he was “not convinced” of the merit of the public vote, and labelled it the “second-best option”, but said he would discuss it with his colleagues.

Labor frontbencher Jim Chalmers was firmer in his language this week, saying it was his position and that of his colleagues that changing the marriage laws should be done with a simple parliamentary vote instead.