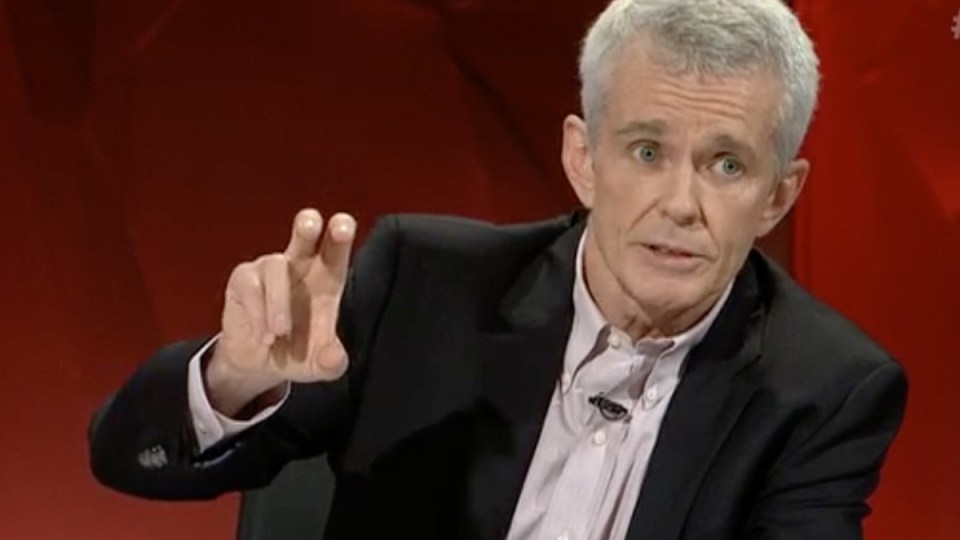 One Nation Senator-elect Malcolm Roberts refused to be swayed by science or even a scientist as he argued against the notion of man-made climate change on ABC’s Q&A on Monday night.

Mr Roberts argued passionately that global warming is not caused by humans and that NASA tampers with world temperature figures as a bemused Brian Cox – the internationally celebrated particle physicist and TV presenter – tried in vain to change his mind.

In a bid to convince the One Nation politician, Professor Cox produced graphs that mapped the rise in global temperatures up to the current day as evidence that global warming is real. 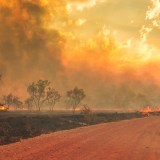 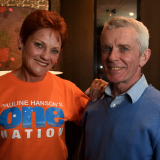 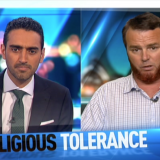 And while the scientist attempted to explain the methodology behind climate mapping and projections, his patience wore thin in the face of Mr Roberts’ argument that modelling was a flawed way of planning for climate change.

Mr Roberts’ resolute belief that NASA and the Bureau of Meteorology both played a role in fudging climate figures left the audience and Professor Cox stunned.

“I’m saying two things. First of all, that the data [on global temperature figures] has been corrupted … and been manipulated by NASA.

“In the recent years they’ve been reversed so that the 1930s were reduced in temperature and the later periods were inflated in temperature. The Bureau of Meteorology [did] exactly the same.”

When he was not looking dumbfounded at Mr Roberts’ claims, Professor Cox argued vehemently about the threat of global warming.

“This is now a clear global problem,” he said. “The absolute, absolute consensus is that human action is leading to an increase in average temperatures. Absolute consensus.

“I know you [Mr Roberts] may try to argue with that but you can’t.”

As he failed to convince Mr Roberts, the normally unflappable Professor Cox at one stage tossed a sheaf of data across the front table toward the Senator.

Mr Roberts made headlines earlier in August when an affidavit he wrote to then Prime Minister Julia Gillard emerged.

In it, he asked Ms Gillard to exclude him from paying the carbon tax and to pay him compensation.

Minister for Industry, Innovation and Science – and former minister for the environment – Greg Hunt, was also on the panel.

Despite Mr Roberts’ complaints about modelling, Mr Hunt said the government would still rely on it to plan for climate change.

“Whether it is the anecdotal evidence, whether it is the data, it all points in the same direction [that climate change is a real threat],” Mr Hunt said. “Having said that, we have to get the right policies that will reduce emissions. The only way to do that is to do this, as Brian [Cox] says, at a global level.”

It was while Mr Hunt was pushing his government’s global climate change credentials that one of the more tense Q&A moments emerged as Shadow Minister for Human Services Linda Burney interjected to asked why the government had “smashed the CSIRO”.

“That’s a ridiculous comment,” the Minister began to answer before moderator Tony Jones attempted to interrupt him with a question from the audience.
“No, I will take that on now, if that’s alright,” Mr Hunt replied.
And as Mr Jones suggested he return to it shortly, a terse Mr Hunt insisted: “I will now, Tony”.