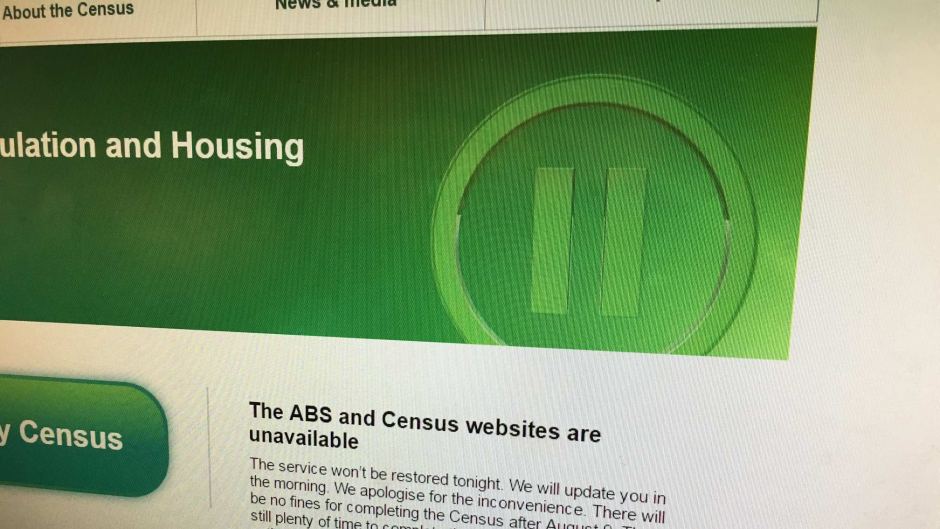 Treasurer Scott Morrison has not ruled out seeking compensation over the census website failure, while Cabinet colleague Christopher Pyne has indicated the issue may have been domestic, not overseas, cyber attacks.

The site went back online on Thursday, almost two days after denial of service attacks were blamed for forcing Australian Bureau of Statistics staff to pull it offline, preventing millions of Australians from submitting their forms.

IBM, the company contracted to the ABS to provide the software platform enabling the online census form, has since issued a public apology.

When asked if the Government would be seeking compensation, Mr Morrison told the ABC it would be thoroughly investigating Tuesday night’s failures.

“If there are issues that relate to the service provider in this case, then you could expect us to peruse that to the nth degree,” he said.

Prime Minister Malcolm Turnbull yesterday took aim at the company, saying that the service provider should have been prepared.

“Part of the job of the service provider, in this case IBM, was to ensure that there were measures to repel denial of service attacks,” he said.

“The fact is the measures that were put in place were inadequate.”

Cyber attack may have been from within Australia: Pyne

Mr Pyne has indicated that the site may have been disturbed by domestic forces.

“Obviously it was disrupted on Tuesday night by elements here in Australia, but that doesn’t mean anybody’s privacy has been breached,” Mr Pyne told Channel Nine.

It contradicts earlier statements from the ABS, whose chief statistician David Kalisch cited overseas attacks, as well as his own comments on Wednesday.

Mr Kalisch told the ABC this morning that his “understanding of what caused the issue on Tuesday night still remains the same”.

When asked if he was expected to be fired over the events, he responded that he was still confident of delivering a “quality” census.

Despite Mr Pyne’s comments, a spokeswoman for Prime Minister Malcolm Turnbull said the investigation was ongoing and “the reality is we don’t know.

The PM’s cyber security adviser Alastair MacGibbon will lead the investigation in conjunction with the Australian Signals Directorate.