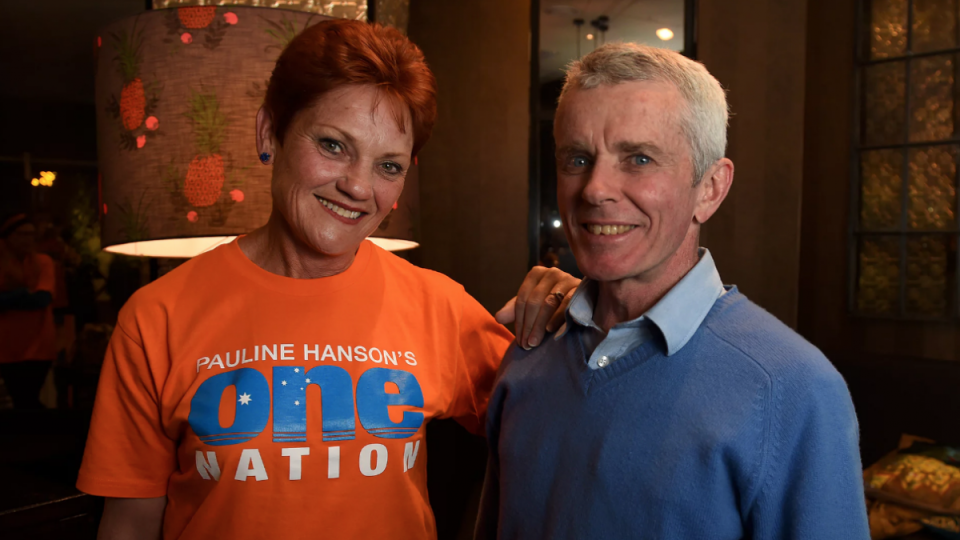 One of Pauline Hanson’s new One Nation senators has denied links to a controversial anti-government group described by the FBI as “extremists”.

The denial of recently elected Queensland senator Malcolm Roberts comes despite the fact he wrote a letter to Julia Gillard when she was prime minister using many of the group’s trademark styles.

In 2011 Mr Roberts wrote to Ms Gillard demanding he be exempted from paying the carbon tax and provided with compensation.

The former miner wrote the affidavit in a style consistent with a controversial group known as the “Sovereign Citizen Movement”.

For example, Sovereign Citizens claim to avoid being “mistaken” for federal citizens of the state by putting unusual punctuation in their names and by using titles like “the living soul”, after names.

He wrote: “I, Malcolm-Ieuan: Roberts., the living soul has not seen or been presented with any material facts or evidence that I, Malcolm-Ieuan: Roberts., the living soul am not living in a free and equal society or should pay for it in some further spurious tax levied supposedly on carbon dioxide, and believe that none exist”.

The FBI classes some American members of the movement as domestic terrorists.

“By announcing themselves as sovereign citizens, they are emancipated from the responsibilities of being a US citizen, including paying taxes, possessing a state driver’s license, or obeying the law,” the FBI found.

Mr Roberts is one of four One Nation members who will form part of the 20-person-strong Senate crossbench. That’s the second highest of any minor party except the Greens, which has nine.

Ms Hanson’s story and background well known, but less so her counterparts.

Here’s what we know about the new senators who’ll be joining Pauline Hanson in the upper house.

In addition to alleged links to the Sovereign Citizens Mr Roberts claimed climate change was an international government conspiracy fuelled by the UN and international bankers, that there should be an inquiry into the CSIRO’s climate change research and that section 18C of the Racial Discrimination act should be repealed.

The New Daily approached Mr Roberts with questions but he did not respond.

Mr Culleton worked in agriculture and farming for 35 years in WA. He sat on the board of various companies and started a logistics firm.

He was convicted in NSW of tow truck theft and will soon face court over alleged rental car hire theft. If he is convicted he may be replaced by another One Nation candidate in the senate.

He said he was “not going to do politics on the run”. He said banning the burka was “about respect” and that he did not believe multiculturalism had failed, despite his party’s opposition to it.

“I’ve married a very beautiful Greek woman. Her family love me like a son, and I especially enjoy Greek Easter.”

He also failed to respond to our questions.

Mr Burston was a former One Nation national director and worked in NSW parliament as an advisor and research officer.

He was also a Cessnock City councillor and deputy mayor and taught engineering drawing at TAFE and university level.

In the lead up to the election Mr Burston told News Corp that Islam was a “religion of hate”.

“They’re [Muslims] coming, all of a sudden they’re out to be our best mates and the one day they just take over; they will introduce the Caliphate, they want a Caliphate here and it will happen one day.”