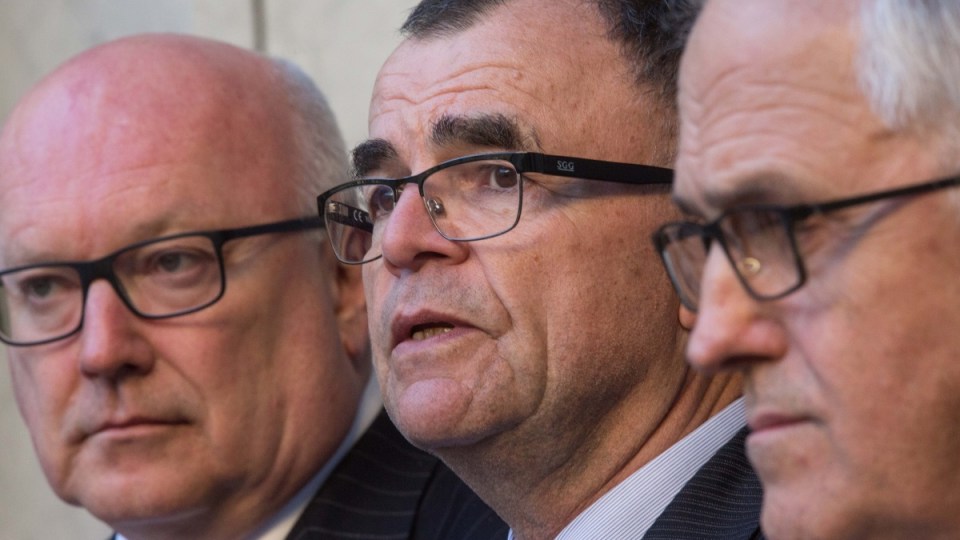 Less than a week after calling a royal commission to investigate abuse in the Northern Territory’s youth detention centres, the federal government has been forced to replace the head of the inquiry.

Former Northern Territory chief justice Brian Martin was appointed to head the royal commission on Thursday, following the Four Corners report on the treatment of child prisoners in the Don Dale Detention Centre in Darwin.

But Mr Martin but has now stepped down in the “public interest” saying that while he rejects accusations of bias, he has decided not to continue in the role.

Ms White was the first woman to be made a judge of the Queensland Supreme Court and also appeared in the Mabo versus Queensland case.

Mr Gooda will resign from his role as the Aboriginal and Torres Strait Islander Social Justice Commissioner to take on the new job.

His appointment follows increasing community and political pressure to appoint an Indigenous representative.

Mr Martin was appointed last Thursday following the Four Corners report into the abuse of children being held at the Don Dale detention centre in Darwin.

Prime Minister Malcolm Turnbull cited his tenure as a NT chief justice as key to his suitability for the role.

But since being appointed he has faced criticism from Indigenous groups over his previous sentencing decisions.

In announcing his resignation today, Mr Martin said he made the decision in the public interest, but he did not accept claims that he was biased.

“My resignation does not imply that I doubt my capacity to be both independent and competent in the role of the commissioner, nor does it imply that I accept that there is or would be a reasonable apprehension of bias,” he said.

Mr Martin’s daughter previously worked for former Labor NT attorney-general Delia Lawrie, and he said that her circumstances had been “quite unnecessarily” drawn into the debate.

He said he “did not perceive, and still don’t perceive, that there is any problem with bias, either actual or perception of bias, but others do”.

He also acknowledged he did not have the faith of some Indigenous groups central to the royal commission.

“It has become apparent that, rightly or wrongly, in this role I would not have the full confidence of sections of the Indigenous community which has a vital interest in this inquiry,” he said.

“As a consequence the effectiveness of the commission is likely to be compromised from the outset.

“I am not prepared to proceed in the face of that risk.”

Opposition Leader Bill Shorten had called for the appointment of an Indigenous commissioner, which Mr Martin said would have some advantages.

“But, whichever way it goes, it is incorrect to suggest that someone who is not Indigenous could not conduct this properly and effectively, provided that person consults and gets advice on those specialised issues,” he said.

The head of the Prime Minister’s Indigenous Advisory Council, Warren Mundine, said he was disappointed by the resignation.

“As people know, I’ve had conflict with Brian Martin in the past in regard to that court case in 2005, but I still respected him as a jurist — a very, very competent, well respected jurist, and so I’m disappointed that he has stepped down.”