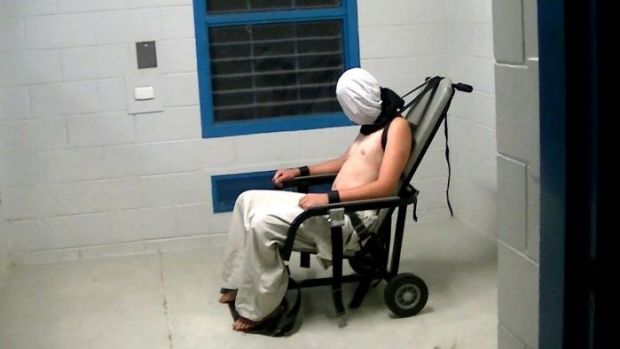 Children from the Don Dale prison could be moved to the Wickham Point immigration detention facility following the damning Four Corners report, the NT Government says.

A spokesman for Chief Minister Adam Giles said the government “wishes to find alternative accommodation for the juveniles detained in Don Dale as quickly as possible”.

“Former immigration detention centres are being assessed for their suitability,” the spokesperson said.

The spokesman said three former immigration detention centres are under consideration, including the facility at Wickham Point, about 50 kilometres from Darwin.

The Government has been under intense pressure over its treatment of young detainees since the ABC Four Corners report aired this week.

“We’ve got an immediate problem to deal with, how can we deal with that in a better situation,” Education Minister Peter Chandler said today.

Mr Chandler admitted he was “genuinely sorry” for what had happened, but said finger pointing was “cheap, dirty, gutter politics”.

He also said the royal commission announced by the prime minister a day after Four Corners aired should be kept at arm’s length of the Northern Territory Government.

“Let’s face where we are today, let’s look at the royal commission as a new hope, a new beginning, let’s take from that recommendations and ensure we implement them here,” Mr Chandler said.

“If there have been wrongs done in the past those people will be made accountable for those wrongs.”

Mr Giles was meeting with Correctional Services Commissioner Mark Payne and the Department of Children and Families chief executive this morning to discuss the accommodation options and other detention-related issues, his spokesperson said.

A team from Correctional Services and the Department of Children and Families would be assessing each facility for their suitability.

The Federal Government announced the decommissioning of the Wickham Point and neighbouring Bladin Point immigration facilities in 2016, with the last remaining detainees relocated in June this year

Don Dale kids could be moved to immigration centres