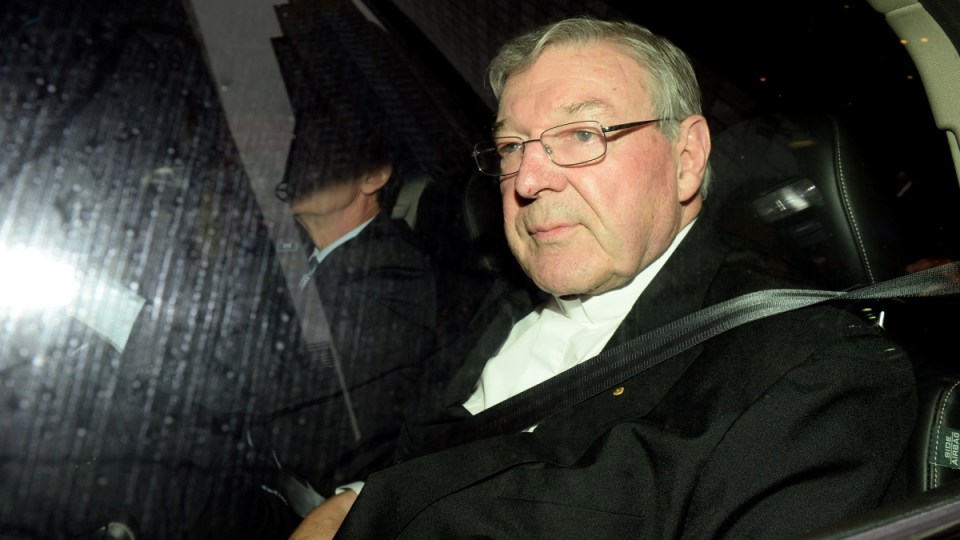 George Pell accused of sex abuse in the 1970s.

Victorian police are prepared to send officers to Rome to interview Cardinal George Pell about historical sexual abuse allegations made against him.

Two men have come forward to say Australia’s most senior Catholic cleric groped their genitals in the 1970s, while another says he saw the priest expose himself to young boys.

Victoria Police has sent a brief of evidence to the Office of Public Prosecutions and is waiting to hear if charges should be laid.

The Cardinal strongly denies the accusations and says Victoria Police and the ABC must be investigated to determine whether their actions amount to a “conspiracy to pervert the course of justice”.

Lyndon Monument and Damian Dignan told the ABC’s 7.30 program on Wednesday that Cardinal Pell groped them while they swam at Ballarat’s Eureka Pool during the summer of 1978-79.

“I immediately thought that’s odd, an adult doesn’t do that in front of three young boys,” Mr Tyack told AAP.

Now the Vatican’s finance chief, Cardinal Pell spoke to the media in Rome on Thursday to ask for a “fair go.”

“The allegations are untrue. I deny them absolutely,” he said.

“I’ve got no intention of adding to the discomfort or the harm of the people who made the allegations, but they’re not true.

“I’m like any other Australian, I’m entitled to a fair go.

“Untested allegations should be put through the proper procedures. I’m quite prepared to cooperate with the appropriate civil and appropriate procedures.”

“I won’t cooperate with trial by the media. I think it’s unjust and inappropriate.”

He had earlier said it seemed Victorian police had leaked information to the ABC and called for an investigation.

But Chief Commissioner Graham Ashton said he’d already asked the state’s corruption watchdog to look at whether there had been a leak and the claim had been dismissed.

“We haven’t provided the ABC with materials … it’s clear the source of that information is from the victims,” Mr Ashton told 3AW on Thursday.

Mr Ashton said “anything is possible” when asked if charges could be laid against Cardinal Pell, and said he could send officers to Rome to interview him.

“If it’s required, I’m more than happy to try and make that happen in terms of approving travel,” he said.

Mr Monument told 7.30 Cardinal Pell would play games with many of the boys while in the pool, throwing them in and out of the water, but also brushing against their genitals.

“That slowly became hand down your pants, or your bathers or whatever you call them … under the water,” Mr Monument said.

The two men said the cleric would also often change in front of them.

“He would teach you how to dry your testicles and in between your bum and stuff like that,” Mr Monument said.

Mr Tyack said he saw a naked Cardinal Pell standing in front of three young boys in a surf club change room in the summer of 1986/87.

“I said to Pell, ‘George I know what you’re up to, piss off, don’t come back into this club, if I see you back in here again I’ll call the police’,” Mr Tyack said.

All three men have made statements to Victoria Police before the allegations were raised in the media.

Archbishop of Sydney Anthony Fisher, who replaced Cardinal Pell in the position, said the “distressing” allegations were untested.