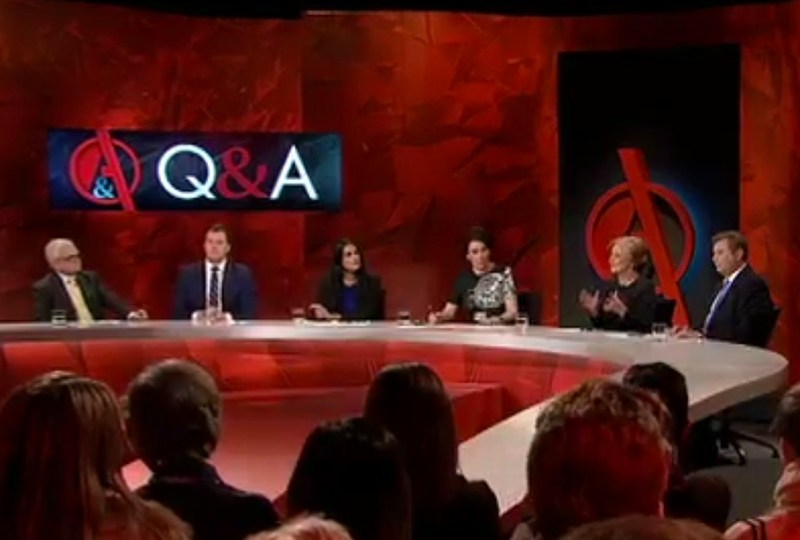 The government’s new Innovation Minister says the issue of gender imbalance in Liberal politics is a major talking point within his party since the announcement of Malcolm Turnbull’s Cabinet.

Speaking on Q&A on Monday night, Craig Laundy first defended the government’s position in answer to an audience member’s question on why the current government includes the lowest number of women in 20 years.

“Look, you obviously can’t dictate at a general election who retains their seat and who doesn’t,” Mr Laundy said. “That’s the first thing, and we did lose some amazing MPs across the board, but a lot of them were female.”

“Now, we as a party need to, and we have been, speaking about this internally over the last week …We need to come up with a plan.”

Mr Laundy said that, unlike the Labor Party, the Coalition does not believe in quotas and selects women for preselection on their merits.

But he did acknowledge more needed to be done to ensure women were better represented in Parliament.

“We’re not like the Labor Party in so far as we’re not unionised, backed by unions and factions and what have you,” he said. “We are genuine grassroots rank and file … and one of the challenges you heard spoken about coming out of the party room … this week, was how we reinvigorate that membership.

“I think you have weightings attached to females. It might be that sort of structure where there is a weighting attached. These are all things that we are discussing internally now.”
Innovation Minister Craig Laundy

“What we need to do is find out whether it is that you have targets that are binding over time … in so far as your preselection.”

While trying to avoid the words quotas or targets, Mr Laundy advocated attaching “weightings” to women when it comes to preselection for seats.
“It’s an issue that we are talking about a lot internally at the moment, a subject of discussion and something that we need to move forward on.”

Gillian Triggs, president of the Australian Human Rights Commission, said the Global Economic Forum found that Australian women are the best educated women in the world.

“And yet on the same index … we have a huge pay gap, women don’t leave work with proper superannuation and so on, so it is a national disgrace and this furphy about merit is simply a diversion in the argument,” Ms Triggs said.
“It is a given that if you’re applying to the job then at least at a certain level everybody has the merit,” she said. “Why is it that women are never being promoted up to these levels and until we have leadership from women across the spectrum I don’t think we’ll see a solution.”
Follow Us