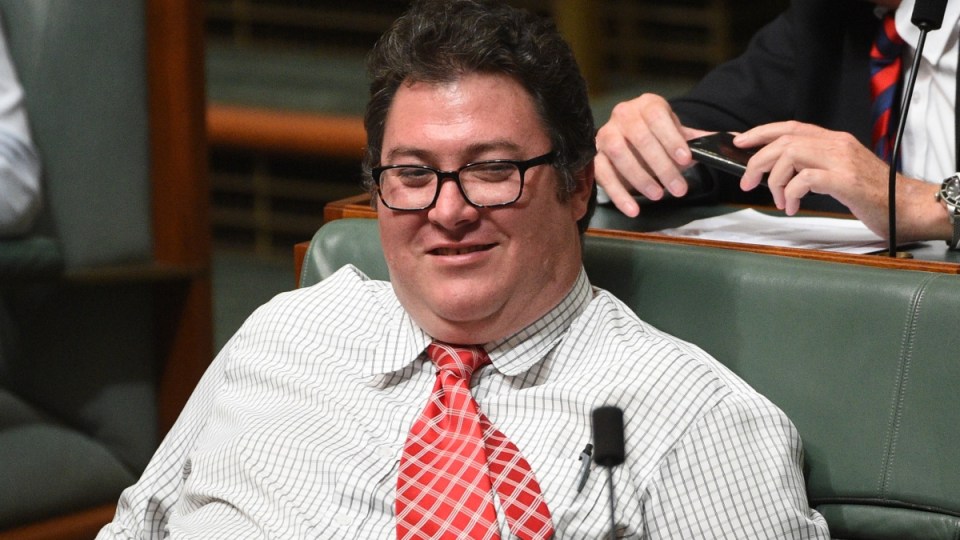 Queensland MP George Christensen has continued his headline-making week with a proposal to radically cut unemployment benefits in order to prevent changes to superannuation for high-income earners.

Mr Christensen told The Sunday Mail he would submit a plan to the Nationals party room to cap Newstart benefits, which currently cost Australia $9 billion a year, to a maximum of six months.

“Maybe if they know their dole will run out in six months they’ll go and get a job,” he told the paper.

The Member for Dawson said the savings would also force young Queenslanders to accept farming jobs.

MP ‘annoyed’ by cost of benefits

Mr Christensen said people under the age of 45 on Newstart should be left to their own devices after six months.

He said the previous Abbott government had “squibbed it” after backing down from a plan to make young Australians wait six months before receiving the dole.

Mr Christensen, whose electorate includes workers in the mining, fishing and sugar industries, argued farmers were struggling to find workers despite the high rates of youth unemployment in Queensland.

He said the backpacker tax, which applied a uniform 32.5 per cent income tax to backpacker labour, was hurting the industry.

“Every single farmer says ‘it will kill us’ because we won’t have any labour,” he said.

The #backpackertax needs to be sorted ASAP but we need to ask why so many of those on the dole refuse farm jobs. https://t.co/QNN5I3hu8h

Mr Christensen also claimed some workers were purposefully getting themselves fired in order to go back on unemployment benefits.

According to the ABS, unemployment in outback Queensland sat at 13 per cent in May – more than double the national average of 5.8 per cent.

The Coalition has already angered the welfare system this year by promising $2.3 billion in savings to help fund its election promises.

Treasurer Scott Morrison promised unemployment and disability recipients would not have their benefits slashed, but rather the savings would be made by clamping down on benefit fraud and overpayments.

Nearly 750,000 Australians currently receive the payment which, for singles, is about $38 per day.

Labor, on the other hand, called for a review into the dole in March this year.

“Newstart is clearly not the safety net is it supposed to be; it is neither keeping people out of poverty nor providing them with the financial resources they need,” Labor said in its Growing Together report.

Mr Christensen also made waves last week for a Facebook post about the attack on Merrylands Police Station in Sydney.

He was forced to backtrack after referring to the incident as a “failed terror attack”.

“I wonder how quickly some idiot is going to inanely say this has nothing to do with Islam or talk about a religion of peace,” Mr Christensen wrote on his Facebook page, despite the attack not being terror-related or carried out by a Muslim.

“I say again: we need to discuss the rise of radical Islam within Australia and the threat it poses to national security. More so, we need to work out what we do about it.”

The MP last week also said he would encourage a “ban [on] immigration from countries where there is a high level of radicalism and violent extremism”.

Controversial MP calls for six-month cap on the dole