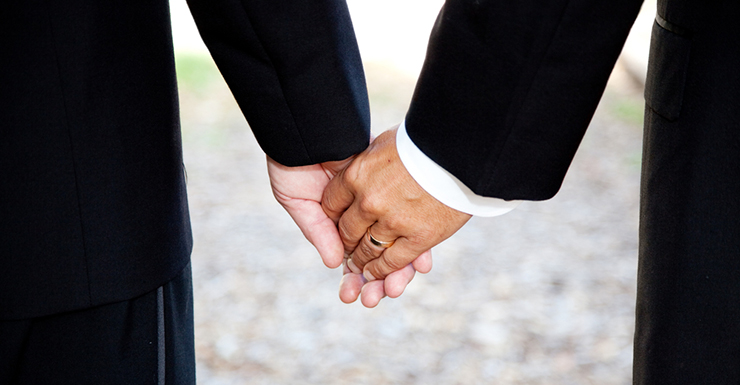 Government wants to work with Labor on design of the plebiscite. Photo: Shutterstock.

Australians will all be invited to say “I do” on the question of same-sex marriage within a year.

And a national compulsory vote will be the only chance for people to speak or forever hold their peace, the attorney-general says.

George Brandis says a plebiscite is now the only way to legalise same-sex marriage after the coalition campaigned with that policy during the recent federal election.

He is consulting electoral commissioner Tom Rogers about how soon the national vote can be held before taking a submission on plans for the plebiscite to cabinet within weeks.

“The only way that in this parliament this issue can be progressed is through a plebiscite,” Senator Brandis told ABC TV on Sunday.

“If it can’t be done before the end of this year, it will certainly be done in the early part of next year.”

His preference is for a compulsory vote on a question “as simple and as self-explanatory as possible” with the results reported for each electorate.

Cabinet will decide whether taxpayers should pay to promote arguments for and against same-sex marriage but Senator Brandis said any public money made available should be split equally.

Labor wants a free vote in the parliament rather than a plebiscite.

Opposition frontbencher Chris Bowen said as long as debate was focused on marriage equality, it was not dealing with the important matter of indigenous recognition in the constitution.

“The nation can only deal with so many referendums, plebiscites at once.”

Senator Brandis said he hoped Labor leader Bill Shorten would work with Prime Minister Malcolm Turnbull on the design of the plebiscite and the passage of enabling legislation.

“If Mr Shorten and the Labor Party can resist the temptation to try and use this as an opportunity to embarrass the government but rather ask themselves the question how are we most likely now to progress this issue to a satisfactory conclusion, we can arrive at a common point,” he said.