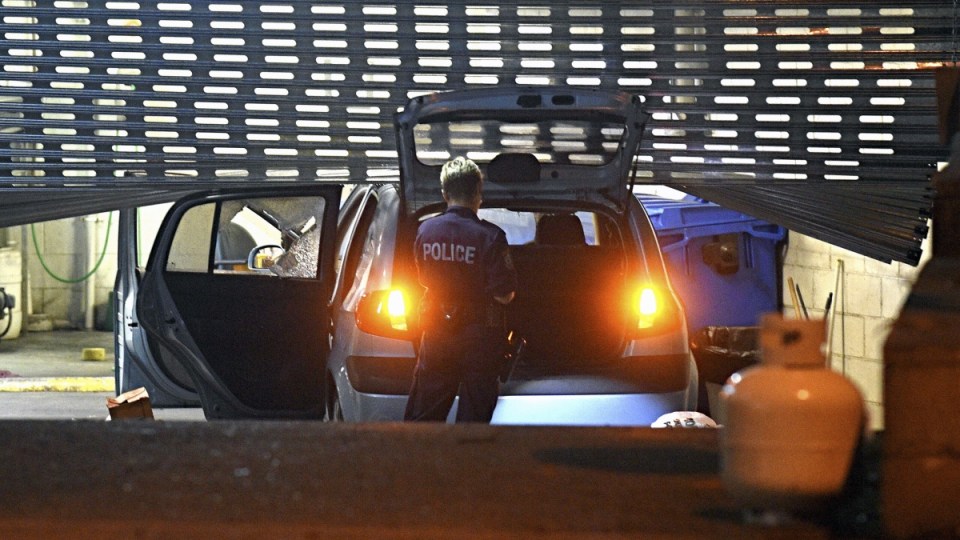 A man was arrested after setting his car alight and driving it into a police car park. Photo: AAP

A 61-year-old man who allegedly set himself alight and tried to blow up his car in a police station driveway in Sydney’s west has been charged.

The man drove his car filled with fuel and a gas cylinder, and set it alight in the Merrylands Police Station driveway on Thursday night, police say.

He suffered serious burns and was taken to Sydney’s Royal North Shore Hospital, where he remains under police guard and is in a stable condition.

He has been charged with destroying or damaging property with intention of endangering life.

Police will be seeking a bedside court hearing in the coming days, depending on his medical condition.

New South Wales Police Assistant Commissioner Denis Clifford told a media conference that terrorism was not believed to have been a motivation in the incident.

“We just don’t know why this person has acted this way.”
Assistant commissioner Denis Clifford

Earlier, a Nine News tweet showed a car rammed through a garage door at the police station.

Asst Comm Clifford said police spotted a man parked in the driveway of the station at about 7pm.

“As police approached the vehicle, the interior of the vehicle ignited,” he said. “The man then drove that vehicle down the driveway and collided with the roller shutter door, underneath the police station.

“He was unconscious for some time, police extinguished the flames and extricated the man from the vehicle.”

No members of the public or police were injured in the incident.

Some FB pictures of Merrylands Police Station where police operation is underway pic.twitter.com/NxLTPIDH7C

A cordon was set up around the area and the driver was arrested at 8pm before being transferred to a burns unit at Royal North Shore Hospital in a serious condition, police said.

The ABC reported the man is a Czech national and he may have mental health issues.

Police said they were assessing accelerant in the car.

Asst Comm Clifford said although they do not believe the man had any links to terror groups, they are “keeping an open mind” during the investigation.

“Initial inquiries suggest there are no links to any groups,” he said.

“It is a miracle that no one else was injured.”